Israel maintains that American military training did not help Iraqi forces fend off the Al Qaeda-linked ISIL takeover in the northern and central part of the country.

The take-away lesson: Israel cannot and will not hand over the defense of its nation to a third party in the Jordan Valley – not now, not ever.

The Pentagon is upset by that, because the United States wants to advance a plan formulated by U.S. General John Allen to replace the Israel Defense Forces in the Jordan Valley with an international force.

Allen, an expert on counter-terrorism with experience in Iraq and Afghanistan, contends that Israel faces completely different threats than those in Iraq.

The Pentagon and State Department both insist that Israel should trust American military officials to know what they are doing.

But Israeli officials said bluntly in a report published Monday night – speaking on condition of anonymity – that the Americans are misreading the signals and possibly the map, much as they did in Iraq.

And they don’t want to see a repetition of that disaster here on home ground.

More than 1,000 Iraqis, mostly civilians, have died in mass murders by radical Islamists in the last three weeks, the United Nations reports, calling the figure “very much a minimum.”

ISIL is now threatening Iraq’s border with Turkey, and earlier this month kidnapped a Turkish Consul and 80 Turkish contractors and workers from an eastern city. Turkey immediately evacuated its staff from the Turkish Consulate in Basra, located in southern Iraq.

In addition, ISIL has captured a wide area in Iraq’s central region and is rapidly advancing to the west, having already captured one border crossing into Jordan, in addition to two border crossings with Syria. The group’s forces are beginning to move south towards Baghdad.

The group’s goal is to create an Islamic state, a Caliphate, run entirely by Shari’a (Islamic) law.

At present, ISIL has managed to blur the border between Iraq and Syria – with members of the group on both sides of the boundary – and is presenting a real and present danger to Jordan.

It is this threat to another American ally that Israel is pointedly referring to in its discussions with the United States, which blithely assured the Iraqi government it would “help push back this aggression” even as it pulled its forces out of Iraq two and a half years ago. Despite the infusion of billions of U.S. dollars, Iraqi security forces were inadequately trained and completely unable to meet the challenge of fending off the ISIL guerrilla fighters. 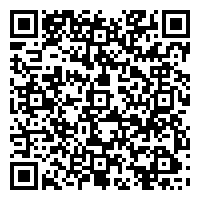