News Jason Maoz
Former president Jimmy Carter spoke sharply against the Bush administration and the Israeli government in his speech at the Geneva Accord ceremony on Monday.

News Jason Maoz
JERUSALEM - Nearly 60 percent of Europeans say that Israel represents the greatest threat to world peace, according to a survey of more than 7,500 residents of European Union countries.

News Jason Maoz
WASHINGTON, D.C. - The children and grandchildren of prominent Americans who opposed the 1936 Berlin Olympics are following in their elders' footsteps, with an Olympics protest of their own.

News Jason Maoz
For the second time in two months, President Bush has pledged that if necessary the United States would militarily defend Israel against Iran.

News Jason Maoz
In a speech Monday, Democratic presidential hopeful Joseph Lieberman vowed to work for congressional passage of a bill that would guarantee a range of benefits to partners of gay federal employees, and declared his staunch support for affirmative action and abortion rights ? including the partial birth procedure opposed by many Democrats.

Cheney To Arafat: Your Move

News Jason Maoz
Vice President Dick Cheney said Tuesday morning he would personally meet with Palestinian Authority Chairman Yasir Arafat in the event of a cease-fire between Israelis and Palestinians.

Bush: “My Commitment To Israel Is Unshakable”

Conference Spotlights Americans Who Tried To Rescue Jews From Hitler

News Jason Maoz
Americans who tried to rescue Jews from the Holocaust - and those who tried to interfere with the rescue efforts - were the subject of a major conference in New York City last week.

They Call This A Cease-Fire? Father Of Nine Is Latest Israeli Victim

A 51-year-old Israeli shepherd became the latest Jewish fatality in the nine-month-
old Palestinian intifada when his body was found near Hebron Tuesday morning. The killing of Yair Har-Sinai, a father of nine children, was just one in a series of violent incidents this week that gave the lie to the notion that anything approaching a state of lowered hostilities is currently in place.

Palin In Israel: ‘Why Do You Keep Apologizing All The Time?’

Latest In The Cease-Fire That Never Was: Israeli Copters Kill Hamas Militants

News Jason Maoz
A pair of Israeli attack helicopters killed four Palestinians in Bethlehem on Tuesday as the cease-fire that wasn?t entered its second month. At least two of the targeted Palestinians were planning a terror attack for next week?s closing ceremony of the Maccabiah Games, according to Israeli security sources.

News Jason Maoz
Country-Western singing legend Johnny Cash, who died last week in Nashville at age 71, was remembered fondly by Israeli officials as a staunch supporter of the Jewish state.

News Jason Maoz
The political world was abuzz this week with the news that Rep. Eric Cantor, the chief deputy minority whip in the House of Representatives and that body's lone Jewish Republican, was being seriously considered by Sen. John McCain as his vice-presidential running mate.

Bush: Israel Has The Right To Defend Herself

Remembering Babe Ruth’s Concern For Jews During The Holocaust

News Jason Maoz
The New York Yankees and their fans observe April 27 as Babe Ruth Day to remember the home run slugger's exploits on the baseball diamond. Jewish New Yorkers, however, this year marked the day by remembering another side of Ruth - his little-known efforts to aid African-Americans and other minorities, including Jews in Europe during the Holocaust.

THE SHARON CONUNDRUM: PRAISED BY HIS COUNTRY, PANNED BY HIS PARTY

News Jason Maoz
In statements to The Jewish Press this week, Arizona Senator John McCain reacted sharply to an article earlier this month in the Israeli daily Haaretz that he said left "several serious misimpressions" regarding his views on Israel and the Middle East.

News Jason Maoz
This is one "top ten" list no author wants to find himself on.

?Cease-Fire? Spreads To Jordan As Arabs Kill Jew In Amman


The Middle East ?cease-fire? spread this week to Jordan when an Israeli was shot to death in Amman Monday night. The victim, a diamond merchant in his 50s, was gunned down as he left an apartment he apparently maintained in the Jordanian capital.

Two Minutes Over Baghdad: The Day Israel Saved The World

News Jason Maoz
Shortly after 5:30 p.m. on June 7, 1981, Israel saved the world from the threat of nuclear blackmail. In less than two minutes? time, Israeli jets laid waste an atomic reactor on the outskirts of Baghdad, and so deprived a brutish dictator the potential for mass destruction.

News Jason Maoz
The world as we knew it changed in a matter of moments early Tuesday when terrorists crashed two hijacked planes into Manhattan?s World Trade...

News Jason Maoz
The "Bergson Boys" have finally come home.With an international conference at Yad Vashem, a reinterment ceremony in Israel, and the publication of a new book, the controversial Holocaust rescue activists last week took a major step forward in gaining the public recognition they were long denied.

News Jason Maoz
Fourteen-year-old Avi Katz was almost struck by a train January 29 when the edge of the Kings Highway station platform collapsed beneath him. 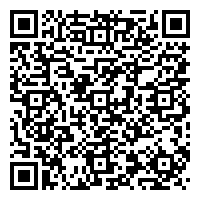