President George W. Bush had promised that the U.S. would leave if it appeared that Israel was being singled out, or, in Bush?s words, if the conference ?picks on? the Jewish state.

By last weekend, it was obvious that the conference wasn?t just ?picking on? Israel, but engaging in what Yossi Sarid, a leading voice on the Israeli Left, called a premeditated political lynching of Israel, Zionism and Judaism.

?Today, I have instructed our representatives at the world conference to return home,? Secretary of State Colin Powell said in a statement issued simultaneously in Washington and Durban, where the conference was in its fourth day.

?I have taken this decision with regret because of the importance of the international fight against racism and the contribution that this conference could have made to it,? he said. ?But following discussions today by our team in Durban and others who are working for a successful conference, and others, I am convinced that it will not be possible.?

?This is an administration,? Goure added, ?that says we?re going to stand by our friends ? like Israel. It isn?t being unilateralist or going it alone. It?s a clear statement about how we will relate to others.?

In Jerusalem, Israeli Foreign Minister Shimon Peres announced Israel?s decision to leave, explaining that there was no chance to change what he termed the ?ugly and insulting decision? drafted by the conference.

?We have instructed our delegation in Durban to come back home,? Peres said at a news conference timed to coincide with the U.S. announcement. ?We regret very much the very bizarre show in Durban. An important convention that?s supposed to defend human rights became a source of hatred. We were portrayed in an insulting and baseless manner as a colonial nation.

?The Durban conference is a farce,? he added, expressing gratitude to the 43 states that opposed the ?one-sided decision? of the Arab and Muslim leagues. ?These countries,? Peres said, ?saved world respect from deteriorating to the low level of lies and incitement.?

Peres blamed the Arab League in particular, saying it had led a concerted effort to single out Israel and blame it in unacceptable terms for the Israeli-Palestinian conflict.

At the conference, Israel was accused of everything from being a ?racist apartheid state? to ethnic cleansing, war crimes and even genocide. In addition, pro-Palestinian delegates at the forum managed to remove a passage from the draft text that condemned the firebombing of synagogues and armed assaults against Jews.

In his address, Palestinian Authority Chairman Yasir Arafat called Israel?s ?occupation? of Judea, Samaria and Gaza ?a racist colonialist plot; a plot of aggression, of uprooting, of taking over the land and taking over all that his holy, especially places that are holy to Muslims and Christians, in Bethlehem, among other places.?

For the Palestinians, Durban has essentially been home turf: they have enjoyed the strident backing of the Muslim states and the large Muslim community in South Africa.

Israel and American sources said that an ?alternative to the Durban conference,? where leading intellectuals and leaders will voice support of Israel, is being planned, and is likely to take place in Jerusalem in the next few weeks.

Diplomats had desperately tried to find middle ground between Israel and the U.S., both of which objected strongly to the draft declarations, and Arab and Muslim states, which wanted Israeli actions in the West Bank and Gaza Strip condemned.

?It seems that despite extraordinary efforts by the American government reaching back many months, it will prove impossible for the American delegation to continue participating at this conference,? Congressman Tom Lantos, a U.S. delegate, said.

?Those who have made it their goal to hijack the conference for their propaganda purposes apparently have shown in the course of the day a degree of rigidity and unwillingness to compromise,? he told reporters.

Former prime minister Benjamin Netanyahu and former justice minister Yossi Beilin criticized the decision to leave Durban, saying Israel should have kept a delegation there to respond to the anti-Israel rhetoric and explain why Zionism is the opposite of racism.

?Imagine what would have happened if then-Israeli ambassador to the U.N. Chaim Herzog had come home instead of tearing the U.N. resolution equating Zionism with racism to shreds?? Netanyahu said. 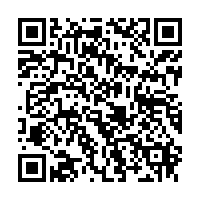