Iran has already begun its war against the State of Israel, Prime Minister Binyamin Netanyahu warned Thursday during a speech at a state memorial ceremony for the late Prime Minister Ariel Sharon.

The former prime minister died on January 11, 2014 at the age of 85 after spending eight years in a coma.


Speaking at Sharon’s Sycamore Ranch near the city of Sderot in southern Israel, Netanyahu bluntly announced, “It is Iran that is responsible for yesterday’s attack against us from Lebanon.”

The elite Iranian Revolutionary Guard Corps (IRGC) announced Wednesday night it “will fight next to the Islamic resistance movement Hezbollah in all its fights against the Zionist State,” according to a report by the Hezbollah-linked Al Manar news outlet in Lebanon. Tehran’s special operations unit has been fighting alongside Hezbollah to bolster government forces protecting President Bashar al-Assad in his civil war against the myriad rebel forces trying to depose his regime since the region-wide “Arab Spring” swept into Syria in 2011. Iran has been a generous benefactor of both Syria and the Lebanon-based Hezbollah terror group for decades.

“This is the same Iran that is now trying to achieve an agreement, via the major [world] powers, that would leave it with the ability to develop nuclear weapons, and we strongly oppose this agreement. We will continue to defend ourselves against all threats, near and far alike,” Netanyahu said.

“Arik well understood the character of the Iranian regime,” he added, “and what he said then is still valid today.”

At the start of a security assessment meeting at the Ministry of Defense in Tel Aviv, Netanyahu noted that Iran has been quite busy in the region, placing its proxy forces into position as close as possible to Israeli civilian areas.

“For some time, Iran – via Hezbollah – has been trying to establish an additional terrorist front against us from the Golan Heights,” he said. “We are taking strong and responsible action against this attempt.”

Ariel Sharon was equally blunt in warning the world — and particularly the United States — about the dangers of ignoring the threat posed by Iran and radical Islamists.

In his biography of Ariel Sharon “A Plan For Israel,” pp 244-245), author Uri Dan quotes a 2006 New York Times interview in which Sharon is quoted as saying, “The whole world should be concerned about the Iranian threat.

“I am very concerned about the voices saying that we have to resign ourselves to the idea that one day Iran will inevitably join the club of nuclear countries…[Europeans’] primary consideration is their economic interests… [Americans] understand the danger presented by nuclear weapons in the hands of a regime like that of Iran.

“The tight control exercised by the International Atomic Energy Agency has led to an interruption, or at least a delay, in the Iranian nuclear program. But Iran is a huge country in which it is easy to hide installations, and the Iranians are masters in the art of double-dealing.”

Russia takes the issue seriously, Sharon added, saying that Iran is the most serious strategic threat that Israel was facing.

“Aside from their nuclear ambitions, the Iranians are actively involved in terrorism,” Sharon noted, “from their regional base in Lebanon,” financing attacks in Judea and Samaria and helping Hamas in Gaza. They “provide them with smuggled weapons… more serious still, the Iranians try to recruit Arab Israelis…”

Time to Regain our Jewish Mojo 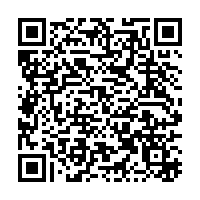