U.S. President Donald Trump backed up his threat with action over the weekend, imposing new sanctions against Iran in response to Tehran’s recent ballistic missile tests.

Iran is playing with fire – they don't appreciate how "kind" President Obama was to them. Not me!— Donald J. Trump (@realDonaldTrump) February 3, 2017


It was not the first time Tehran had tests intercontinental ballistic missiles capable of carrying nuclear warheads — a clear violation of United Nations resolution 2231, and the nuclear deal it signed with the US and world powers in July 2015.

“Iran’s continued support for terrorism and development of its ballistic missile program poses a threat to the region, to our partners worldwide and to the United States,” Treasury Department acting sanctions chief, John E. Smith, said in a statement. “We will continue to actively apply all available tools, including financial sanctions, to address this behavior,” he added.

The sanctions were leveled against a dozen companies and 13 agents and associates who provided the Islamic Republic with ballistic missile technology.

The sanctions now blacklist Iranian, Emirati, Lebanese and Chinese individuals and commercial firms from doing business with American citizens, or in the United States.

“Iran is playing with fire – they don’t appreciate how ‘kind’ President Obama was to them. Not me!” tweeted the president.

President Trump has issued repeated warnings about Iran’s role in destabilizing the Middle East, including its role in arming and financing the Shi’ite rebels in Yemen known as the Houthis.

Last week, National Security Adviser Michael Flynn publicly warned Iran at a news briefing that it had been placed “on notice.”

Iran has insisted that new sanctions violate the JCPOA – the nuclear deal signed in Vienna with the U.S.-led P5+1 – and also claims that because its nuclear technology program has been limited, it has the right to conduct ballistic missile tests. However, Iran had also agreed to an eight-year extension of a prior ban on ballistic missile testing. The agreement was concluded separately but concurrently along with the JCPOA. 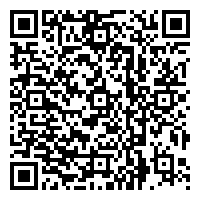