“The ISA is a solid foundation of our natural strength, of the revived strength of the people of Israel. It deals with the abject hatred of us which is manifesting itself in new ways,” Netanyahu said in remarks at the event.


“Over the past 18 months we have been subjected to a new assault by an old hatred, via Facebook and information networks in order to cause hatred and spur people to stab, run over and murder.

“On behalf of the people of Israel, I would like to take my hat off to you because you play a great part in repelling these attacks, in saving lives. I must tell you that the entire world is impressed because this problem has already spread to many countries. You ask, ‘How is it possible to deal with lone attackers who are incited by the same forces?’ And you tell them, ‘Come to Israel.’

“We know that it is not hermetic and that it could happen at any moment. We know, I know and, to a certain degree, the public knows your contribution in lowering the attack curve, in providing security, and in giving and saving life. This is only a small part of what you do, which entails considerable innovation.

“I would like to express my appreciation and that of the citizens of Israel, not all of whom know everything about what you do in order to ensure the strength, security and future of the State of Israel, the state of the Jewish People. I thank you with all my heart. I wish you all a happy Independence Day. Thank you very much.”

Argaman also spoke at the event, noting that security agents are constantly on alert, around the clock.

“The campaign that we oversee plays out daily, in complex arenas, under myriad threats that recur without respite. This requires us to be constantly prepared to fight in secret, anytime and anywhere necessary. The service is charged with this effort and there is no option but to win this war every day,” he said.

“We, the personnel of the ISA, have a very significant responsibility in defending the State of Israel and its inhabitants, in thwarting and blocking terrorist threats and in upholding democracy. We will continue to do this our way – with courage, wisdom, determination, innovation, dedication and relevancy,” he vowed.

“We will continue to act in cooperation with our comrades in arms – ISA personnel throughout their generations and our colleagues in the intelligence community, from the country and from around the world.

“Together we will aspire to impressive achievements in the face of the challenges and we will lead counter-terrorism and counter-espionage on behalf of the State of Israel and its inhabitants with professionalism, determination, pride and a humble awareness. Happy Independence Day.” 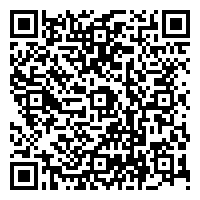