Nothing seems to me more obviously true than the statement that a strong, thriving Jewish state is essential to the survival of the Jewish people.


But apparently many self-identifying American Jews either don’t agree, or even if they do, there are other issues that they see as more important than the continued presence of the Jews in history. And some would even welcome our disappearance as a people.

A recent poll showed that most American Jewish voters “prioritized domestic policy issues over Israel when asked which issues are most important to them in selecting a candidate.” In practical terms, that means that they are prepared to vote for candidates who have expressed policy positions hostile to the Jewish state, because the alternative (Trump) is unacceptable to them. This even includes the execrable Bernie Sanders, who not only has taken the most extreme anti-Israel stance of any of the major candidates, but who has surrounded himself with a phalanx of misozionist* and arguably antisemitic surrogates and advisers.

So, do I think they should display the “dual loyalty” of which they are accused by antisemites and allow their Jewish connection to override their feeling of responsibility to America? Aren’t they Americans first?

The problem with this argument is that if Jewish Democrats were agonizing about being forced to choose between Trump and Israel, they would have made their feelings known to their party and to their candidates. And with a small number of exceptions, they haven’t done so. The Reform movement, for example, contented itself with a mild rebuke for Sanders’ decision to not speak at AIPAC. It has not criticized his anti-Israel positions, or those of any other Democratic candidate. And it has not mentioned his choice of surrogates. With the exception of the small (less than 10% of US Jews) non-Haredi Orthodox community, activism on behalf of Israel among American Jews has been lukewarm at best, often hedged with reservations about PM Netanyahu, settlements, and so on.

I don’t think American Jews should favor Israel over America, but I do think they should act to promote Israel’s interests, insofar as anti-Israel propaganda is so pervasive in the media, universities, churches, and other institutions. Many American politicians have become misinformed or even indoctrinated against the Jewish state; in some cases opposition to Israel is a foundation stone of their ideology (I would include Bernie Sanders and Barack Obama in this group). If Jews don’t fight this, who will?

The American diaspora has proven to be provide particularly poor soil in which to grow Jewish peoplehood. Let’s review the criteria for a group of individuals to be considered a people or a nation:

The more of these characteristics that a group has, the more it can be called a people. And historically, the Jewish people has been the paradigm case of peoplehood – if you want an example of “a people,” look at the Jews.

Unfortunately, life in America has proven destructive to all of these criteria for the majority of American Jews. The main force that has kept the Jews together in their various exilic locations over thousands of years has been their Judaism. The need to study and pray sustained the Hebrew language; the observance of Shabbat and kashrut kept the Jews together in close proximity with one another and maintained their shared culture; the ritual of reading the Torah reminded Jews of their connection to Eretz Yisrael; the study of Talmud and other sources kept their history alive; and the prohibition of intermarriage continued the genetic connection to the sons of Jacob.

Most Jewish immigrants to America moved away from traditional Judaism. Some became secular, some tried to maintain their traditions while making the necessary compromises to fit in a mostly secular and Christian environment, and some – today the majority of still-affiliated American Jews – adopted Reform Judaism as a way to retain some connection to their Jewishness while fully integrating in American society.

The movement was anti-Zionist at its beginning, fearing that Jews would be treated as a foreign nation inside America if they supported the return to Zion. It was only after the Six Days War that it began to support the Jewish state; but more recently, the movement’s gradual adoption of Tikkunism – the redefinition of Jewish ethics in terms of progressive politics – has led it to draw closer to the anti-Zionist progressive Left.

But this was less important than Reform’s de-emphasis of traditional ritual. Without making any judgment on the spiritual value of Reform Judaism, or to what extent it is “real” Judaism, it is clear that from the standpoint of Jewish peoplehood it has been a disaster. It has excised from its version of Judaism precisely those characteristics of traditional Judaism that maintained the Jewish people as a nation in diaspora over the centuries. The Hebrew language, kashrut, Shabbat observance, regular Torah reading – all of these things that kept Jewish peoplehood alive in the diaspora – were minimized or disappeared completely among Reform Jews.

The movement also embraced intermarriage (perhaps it realized that it had no choice), which placed the final nail in the coffin of peoplehood. Perhaps the movement can survive by aggressive outreach, but it will be as something other than a part of the Jewish people.

What’s left is only the last criterion, self-identification. Reform Jews still insist that they are part of the Jewish people – but in many cases they use this identification against the Jewish state, when they complain about its policies “as a Jew.” And then they vote for a Barack Obama or a Bernie Sanders.

The situation in Israel is different. In Israel, even a secular person lives in a majority Jewish population where everyday life is based on Jewish culture, where traditional Judaism is immediately accessible, where most markets are kosher, where most economic activity shuts down on Shabbat, where the national holidays are the Jewish holidays, and – I think above all – where Hebrew is spoken and everyday expressions echo biblical language. Even a non-observant Jew in Israel can’t help but feeling part of the Jewish people. Israel, therefore, is more than a destination of last resort for persecuted Jews. It’s that too, but it’s also the reservoir of Jewish culture that sustains Jewish peoplehood.

Those liberal or progressive American Jews that still feel themselves a part of the Jewish nation will have to choose. They can make aliyah to Israel, or they can work in the diaspora to support her. They can try to change the political climate on the left in America to make it more friendly to Israel, or they can move rightward, and try to change the climate on the pro-Israel right to make it more liberal.

What they can’t do and still be consistent is to continue to give unqualified support to enemies of their people – like Bernie Sanders.

__________________________
* Misoziony (pronounced mis-OZ-yoni) is the extreme and irrational hatred of the Jewish state. It is antisemitism raised up one level of abstraction, although almost all misozionists are antisemites as well. 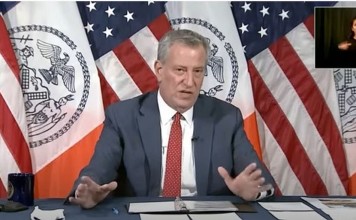 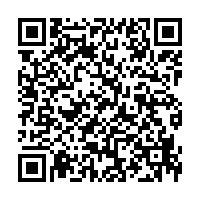