No, you will not read about this in the news because it is a metaphor. Israel is like the house in which one chair hosts a termite or two. Left unfumigated, the termites multiply and attack more chairs and tables until serious damage, perhaps irreparable, has been done to the furniture in your house. If the house has a wooden frame, then the entire house becomes unsafe. Alternatively, I could also have written that Israel is like the frog put into the pot on the stove, not noticing as the water temperature rises until it is too late to jump out.

This metaphor popped to mind as I watched a Netflix documentary on the Jews of Hungary called “The Last Days”. At about ten minutes into the movie, survivor Renee Firestone said

People wonder, ‘How is it that we didn’t do something?’ We didn’t run away. We didn’t hide. Well, things didn’t happen at once. Things happened very slowly. So each time a new law came out, or a restriction, we said, ‘Well, just another thing, It’ll blow over.’


And that is how it seems that Israel and Israeli Jews are responding to each new instance of fomentation against us within our own country. It can be compared to the appearance of a new termite in the chair or the raising of the water temperature one more degree or fraction of a degree. We shake our heads, put up an angry or sad post on social media, I and other bloggers write another article expressing our concern, and then we go back to our lives with nothing changing.

What will be the last straw? The point of no return? The last nail in the coffin?

Here is a list in no particular order…. We just went back to life as usual:

Each of these things is “just another thing,” right? “It will blow over,” right? 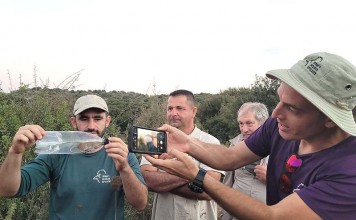