She is a 58-year-old kiruv rebbetzin living in North Toronto, a mother of nine and a bubby to many, bli ayin hara. He is a chassidishe rav in his 50’s living in South Toronto. They had never met and, under normal circumstances, their paths would never have crossed. But these were not normal circumstances. Hashem brought them together in an unusual and otherworldly way. As they say, it was literally a match made in heaven.

The Torah enjoins us to perform acts of chesed. We are told to be like Hakadosh Baruch Hu Himself; as He is merciful so too should we be merciful. Jews are identified by three special characteristics: we are bayshanim (modest), rachmanim (merciful) and gomlei chasadim (doers of chesed).


The Torah gives us a wide berth in choosing our individual paths to do chesed. There are hundreds of ways and people have to decide what works best for them. Some people are good at visiting the sick, while others are good at fundraising. Some people can do chesed shel emes while others would find it difficult to be involved in taharas.

It takes a special kind of person to donate his or her own living organ to someone else. While we are not permitted halachically to donate organs after death due to kavod hameis (according to most poskim), we are permitted to donate them while we are alive. Statistically, the percentage of live kidney donations is exceptionally high in Orthodox communities, testifying to the sense of responsibility each one feels for the next.

Gail Michalowicz, who donated a kidney this past May, is one such special person. Her story is both inspiring and unique. Gail’s kidney saved the life of Rabbi Mordechai Sekula, a rav in his early 50’s. The entire process, which usually takes up to a year, took just three months – from beginning to end. Clearly the “match” between them was orchestrated from “Above,” and not a moment too soon.

I knew Gail from when I lived in Toronto. I remembered her upbeat personality and her beautiful smile. I always knew that she possessed a special neshama. She and her husband Rabbi Yossie Michalowicz have been involved in kiruv for many years. They have a beautiful and growing following. Her kidney donation came as no surprise.

Gail tells me that she thought about donating her kidney for a long time. The urge to do so began years ago when she read an ad publicizing the need for donors in The Jewish Press. As the years passed Gail never shook that desire to be a donor. When her children were young, she put her feelings on the “back burner,” but now, with all of her children married and out of the house, she felt the time had come to do this chesed.

She discussed the idea with her husband, but he was reluctant. Gail suggested they speak with a rav. They went to Rabbi M.M. Lowy, a prominent rav and posek in Toronto. Rabbi Lowy told them, “If I could, I would donate a kidney!” After that, Rabbi Michalowicz had no other option but to go along with his wife. Elated, Gail called Renewal Toronto.

Renewal Toronto is a non-profit organization working in the Jewish community to help people suffering from irreversible kidney failure. Founded in 2009, it is affiliated with Renewal in New York City which works with victims of kidney disease in the USA and in Israel.

Through a friend, Gail heard of a boy in Israel who needed a kidney and she was ready and willing to be tested for him. However, the Ontario Health Insurance Plan would not cover an out-of-country transplant from a Canadian donor. Gail was disappointed that she couldn’t help this young Israeli boy, but she persevered. She knew that having O-positive blood made her a universal donor. Surely there was someone to whom she could give her kidney.

No one in town knew that Rabbi Mordechai Sekula was experiencing kidney failure due to an illness years earlier that had left him vulnerable. He kept things quiet, preferring to remain low-key as he dealt with his devastating illness. He knew that his only hope was a transplant but was resistant to the idea of taking a donor kidney. His wife encouraged him to discuss it with his rebbe.

“You must do it,” the rebbe told him. “It is your best chance at resuming a normal life.” A brother of his in the United States proved to be a match but since it was a U.S.-Canadian match, insurance wouldn’t cover the operation – which can cost upwards of $200,000. Rabbi Sekula’s brother donated his kidney to another person in need.

It wasn’t long before Gail got a call from Renewal. “Would you be willing to go for testing? We have someone on a waiting list.” This was the call she was waiting for. Her answer was a resounding “Yes”! Of course, at that point, Gail did not know who the patient was. Nor did she care. At long last, her dream of saving a life was coming true.

The data show that forty percent of people who try to donate are denied the privilege. There are so many tests to pass – from MRIs to blood tests to psychological tests – that it is pretty hard to find a match. A person who is considering being a donor must pass all of the tests before they can move forward. Renewal generally needs between 6 to 12 months of screening to find someone.

Gail entered into the testing regimen immediately. With each test, she davened that she would be zoche to do this mitzvah; the mitzvah she longed to do for so long. Baruch Hashem, she was a match!

But when she opened the door, Gail was shocked. She recognized the rebbetzin immediately – the rebbetzin’s sister had been one of Gail’s high school classmates.

What do you say to someone who is literally giving you your life back? How can you ever repay them? It was a moment of high emotion for both donor and recipient. The feelings were magnified by the obvious hashgacha that brought the two parties together.

As a donor has the right to choose the date, the rav wanted to postpone the surgery until after his son’s bar mitzvah. Gail had no problem agreeing to his request. While they were discussing the date of the operation, an email came through confirming that the date in Iyar the rav wanted was available. Interestingly, in Kabbalah, the month of Iyar is associated with the right kidney! The kidneys, called k’layos in our Torah, are considered the seat of advice and work together with the heart.

A human adult kidney is approximately the size of a fist. The operations to remove the donor kidney and to transplant it take place simultaneously in side-by-side operating rooms. The hospital stay is five days in length. For some reason, it is better to transplant the left kidney. In addition, the operation is harder on the donor than on the recipient, but the recuperation is harder on the recipient who must take anti-rejection drugs for the rest of his or her life. The recipient is susceptible to germs and must remain vigilant.

Both the donor and recipient were wheeled into surgery with hope in their hearts and a prayer on their lips for a successful outcome – and it was.

Gail’s kidney functioned well in its new home and Gail herself recuperated beautifully, returning to work two short weeks later. She tells me that there was some pain, but that it was okay. She felt like she was totally on a high; she gave her kidney to a holy Jew and restored him to good health. It was and remains an amazing feeling that cannot be compared to anything she ever felt before. She had no words.

The rabbi too returned to his family and shul and slowly resumed his learning and rabbinic duties. Feeling good for the first time in a long while, he was overwhelmed with gratitude to Hashem for restoring his health and, of course, to Gail, his donor.

Getting a kidney! What an incredible gift! It was just unbelievable how fast it had all happened. Truly a miracle. A husband, father and son had a new lease on life. The Sekula family members wrote Gail beautiful letters of hakoras hatov and Rebbetzin Sekula told Gail that all of her husband’s Torah would be credited to her. The two families remain forever inexorably tied to each other.

Their story spread like wildfire throughout the community. People of all walks of life – from the right, left and center – felt a special pride. Everyone agreed that all differences fall away when the only thing that matters is helping another Jew. The rabbi and Gail agreed to go public to raise awareness of the need for kidney donation.

Gail wants people to know that she feels great with no lasting side effects. Gail now has a greater appreciation for the amazing organ that the kidney is, filtering toxins out of our bodies. One take-away message that Gail would like to share is that everyone should appreciate their body when it is functioning properly. Gail would also like to encourage others to consider this great mitzvah. As Chazal have taught: “He who saves a life is considered as if he saved an entire world.”

She is realistic, however, and understands that not everyone is capable of donating their kidney. It does take a certain stamina and psychological make-up. But she says, “Everyone has some ‘body part’ they can ‘donate.’ A person has ears to listen. A heart to feel, hands to hold someone up, feet to run to help. The important thing is to care for another Jew and be prepared to reach out and offer help in any way you can.”

A truly beautiful message from someone who really knew how. 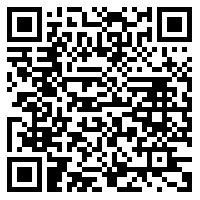