Jonathan Pollard’s long incarceration has taken its toll and he is now seriously ill. While he is not the first inmate to suffer in this manner, most are given consideration for compassionate early release. It in no way diminishes the severity of his crimes to suggest he should be sent home. His sentence was Draconian, as attested to by a growing number of former senior federal officials, including several from Congress and the intelligence community.

In this connection, we were disappointed that retiring Connecticut Sen. Joseph Lieberman, who in the past pointedly refused to get involved with the issue, still does not seem interested – this despite his call for Congress to have “mercy” on United Nations Ambassador Susan Rice, who has been heavily criticized for her statements after the Benghazi attack. The circumstances are obviously very different but we were struck, nevertheless, by his compassion for Ms. Rice, which stands in such stark contrast to his disinterest in Mr. Pollard’s plight.


Several years ago his Senate colleague, New York’s Charles Schumer, said in an interview after being asked about his reported review of the classified Pollard case file:

Pollard should have been punished, he spied on the United States. But the sentence he received is disproportionate. When I got the top-secret briefing you alluded to, it didn’t teach me anything that I didn’t know from open sources.

Sen. Lieberman once told an interviewer that he had had “a classified briefing” in the matter and noted that “Pollard did some terrible things” – though he also acknowledged that “he’s been in a long time…but if you’re asking if I’m going to get involved, no.” When pressed further he said,

He’s been in a very long time. Our system of justice unfortunately sometimes produces results like this. Two people, even in the same state, can both be charged with murder and convicted of murder. One gets a life sentence for some reason and maybe that is commuted to 25 years; the other gets executed. I mean, that’s just the way it is.”

Mr. Lieberman’s words speak for themselves. 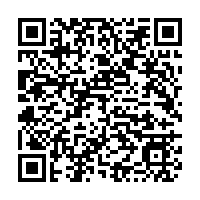