Renee Rabinowitz, an accomplished, elegant, 81-year-old lawyer and psychologist, is embroiled in a discrimination suit against El Al airlines that is attracting a great deal of attention.

The legal action is a result of a request from a flight attendant to Dr. Rabinowitz that she change her seat because a chassidic man did not want to sit next to her on the flight. There are some haredi men who believe that sitting next to a woman other than one’s wife is forbidden under Jewish law, though others, relying on the psak of Rav Moshe, view this stringency as spurious.


Even among those who believe this to be a Torah commandment there are many who argue that the imperatives of politeness toward others (d’rocheho darchei noam) and, particularly in Dr. Rabinowitz’s case, honoring elders (“v’hadarta pnai zakan”) take precedence and it is wrong to embarrass anyone.

The issue of not sitting next to a woman appears to place the onus on women, for it is the woman who is being accused, albeit indirectly, of arousing a man. But it is the man who is thinking provocatively and deflecting responsibility onto the woman. According to this misbegotten reasoning, any woman, regardless of her attire, appearance, or age, is at all times a danger to a man’s spiritual well being. At the very least this thought pattern discounts the humanity of women and, ironically, justifies a man’s impulsive lewdness.

One can only wonder what justification any mature, well-balanced man can have for this type of behavior toward half of humanity based simply and entirely on gender.

Situations like those in the Rabinowitz case arise often and in a variety of settings. I have been witness to or involved in several of them on flights to Israel, including two that bear recounting here.

On the first occasion I had an aisle seat, with my wife the middle. A chassidic man had the window seat next to my wife. He asked me if she would switch with me so that he would not have to sit next to her. I did not respond but my wife consented for me and did so directly to him.

I had serious reservations about making the change, not least because an aisle seat suits me best. Nevertheless, my wife felt it best to comply with what was basically a polite request. The flight was uneventful and the man said not a word to me the entire time. I am quite sure he never even said thank you to my wife, though she certainly deserved a thank you.

On another occasion I had the pleasure of sitting next to a chassidic man who, as soon as he took his seat, introduced himself to me. He was traveling with a teenage son whom he also introduced. He did not ask any woman to change her seat and made a point of telling his son that when it came time for Shacharit he should not stand or leave his seat unless the flight attendant gave permission.

The men on these two separate occasions were dressed similarly – they may have even been from the same sect – and both appeared to be about the same age. One was, to my mind, quite rude; the other was exceedingly polite.

Walk the streets of any haredi community anywhere in the world and you will find men who are considerate, opening and holding doors for both men and women, while others will not even lift their eyes from their own shoes. But isn’t that the same in any community?

Some people are bullies in their lives and in their religious convictions, acting out aggressively against anything they feel is a threat to them. In all communities there are individuals who have no qualms about creating a disturbance, destroying property, and embarrassing or even harming others. There are also well-mannered, caring individuals. Thankfully, in virtually all communities the latter are most often in the majority.

While insularity and isolation can contribute to a sense of exclusivity, the difference between being polite and being aggressive and rude has less to do with religious beliefs than with idiosyncratic personality quirks. I would maintain that those with apparent disregard for others are more likely to be compulsive and narcissistic as well as puerile.

Dr. Rabinowitz was perhaps justifiably offended. Her situation may have been handled poorly. But filing a lawsuit in such an incident has more to do with politics than anything else. This is not to minimize the growing fears of bias in both the haredi and the secular world. These issues must be dealt with or they will become explosive.

Litigiousness, however, may have less than desirable results, creating more animosity and fueling even more rigidity. For airlines and other companies that operate in the public sphere, a sensitive policy for handling legitimate personal needs as well as individuals who happen to be troublemakers would likely be a sounder solution. 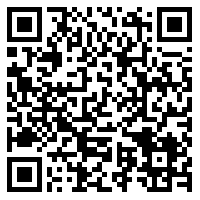