God’s ear is pressed against the floor of the heavens; the angels dance joyfully around His throne as the congregation’s holy prayers –

Walk into any shul in almost any neighborhood on Shabbos and you can be forgiven for thinking you have mistakenly stepped into a nursery. The same goes for almost any Jewish wedding hall, where it takes as much skill to navigate the obstacle course of baby strollers as it does to look good on the dance floor.

A few generations ago, parents held by the adage that “children should be seen and not heard” – even, to an extent, while sitting around the dinner table in their own home. Now, it seems clearer everywhere I turn, we’ve moved way too far in the other direction.

I am no advocate of raising children as statues or automatons. On the contrary, small souls need ample room to run, babble, laugh, shriek, cry, climb, grab, and try just about anything. Very young children – I’m talking babies and toddlers here – cannot be expected to control these impulses any more than they can be asked to do their own laundry.

That’s where the parents come in. It is their job to choose the right environments for the utterly normal craziness of their children’s behavior to unfold. A shul, wedding, funeral, and shiva home do not fall into that category. Bringing a young child into a setting that calls for decorous behavior is wrong on two counts: It’s unfair to the child and inconsiderate of the other adults in attendance.

Allow me to illustrate both aspects of the problem. Recently, I attended a wedding at the famed Waldorf-Astoria Hotel. As the chassan and his entourage made their approach toward the kallah for the badeken, some half-dozen musicians surrounded him, trumpeting loudly to herald his arrival. I angled to find a good spot, and found myself next to a young mother holding an infant – who could not have been more than two months old – in her arms. Pity this poor baby’s tiny, defenseless eardrums! Not to mention the germs that permeate the air when hordes of people huddle shoulder to shoulder.

On the other side of the coin, I once attended a wedding where a friend of the kallah assigned to my table showed up with her little girl – aged two or perhaps three – in tow. At the dinner, she promptly seated her daughter at a chair and began to feed her from the plate opposite. This left one seat too few at the table, so that one of the actual invited guests arrived to find her seat taken.

Now it’s true that this woman’s chutzpah went beyond the usual levels. Most offenders only bring along babies who are still carriage-bound. But that’s nonetheless a troubling trend. How many chupahs can you recall that have not been interrupted by the wail of an infant? When was the last time your concentration during Shemoneh Esrei was not pierced by the squeals of a little one clamoring for her parent’s attention?

I’m not saying it’s never appropriate to bring a child to a formal setting. Obviously, if one’s sister or best friend in the whole world is getting married, the little tyke might be an invited guest. It all comes down to good judgment. It takes reflection and forethought to decide where a child belongs and where he doesn’t. Generally, any time that sitting still or keeping silent will be required, the correct answer is: Leave the munchkin home. Even if it means having to forgo the event yourself.

If, for whatever reason, one decides to bring along a baby, the need for good judgment doesn’t end there. The parent should situate herself at the back of the room (i.e., near the exit), and if the little one starts making noise, leave the room. Immediately. Ten minutes of “shhh, shhh” overlaying the sound of a child’s whimpers is doubly disruptive.

A less discussed venue where babies seem to show up more and more these days is houses of mourning. A young mother I know lost her husband to a sudden heart attack. Not surprisingly, the community came out in force and the shiva house was packed to the walls. Several people – who were not close relatives – had the poor judgment to bring their kids along. The house became noisy and chaotic, even as friends, rabbis, and loved ones tried to comfort the widow with stories of her husband and words of Torah. The situation became so stressful for her that she had to enlist someone to ask the offending visitors to leave. 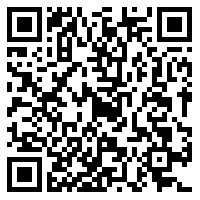