I knew something was wrong as soon as I saw Chaim sitting out the swim session at day camp. Chaim was my son’s playdate and had been at our house the previous weekend when the kids, among other things, put on their swimsuits and swam in our neighbor’s pool.

When I asked the day camp counselor about Chaim, he said, “Chaim is afraid of water.”


Being “afraid of water” or having a chronic “stomach ache” are excuses we have all heard. Of course, no one should be forced to do something he or she doesn’t want to, thereby turning an otherwise enjoyable summer into a dreadful anxiety-ridden experience. But I’ve found that sometimes excuses are the only way children find the words to express feelings they think adults won’t understand or accept.

The truth is, some kids don’t want to go swimming because they don’t want to change into their bathing suits in front of other kids. We have taught them, rightfully, that their body is private and belongs to them, as well as the famous “Bathing Suit Rule” that no one should touch them on any part of the body covered by a bathing suit. And then summer comes around and the adults now tell them it’s OK to disrobe in front of everyone.

Parents try hard to protect their children and keep them safe. Teaching kids body boundaries and other safety topics is undermined when the adults to whom we entrust our children overlook those rules out of convenience. Preventing sexual abuse is not only about telling our kids that no one should touch their private parts or ask them to touch theirs. It’s also vital that a child, no matter the age, be heard and validated upon saying “I’m not comfortable.”

Furthermore, when someone who is designated a “safe adult” allows a child to speak about discomfort and then tries to help the child feel comfortable, it reinforces the message that the child’s voice matters and that there is no need to ever be afraid to loudly say, “Stop. I don’t like that!”

If a predator now tries telling that child “it’s no big deal” or “you have to undress because…” the child knows it’s not true because a trusted camp-counselor already said so.

Child safety is not the only troubling issue with regard to open group-changing spaces. Children should have the choice to decide how much of their body they want to expose to others. Like adults who avoid shared dressing rooms in department stores, many children have insecurities as their bodies change during various growth stages of development.

While helping children develop a positive body image is important, recognize that children, girls in particular, can come in for judgment and criticism and may be daunted by open-group changing areas. Incidents of serious eating disorders in the Orthodox community are under-reported but more frequent than many of us would like to imagine.

Finally, chinuch has to be consistent. We all know what often happens to children who grow up keeping kosher “in the home” but not “out of the home.” Our children, both boys and girls, are taught rules of modesty and are instructed to cover up from day one, but then we allow them to be thrown into a room and have them take everything off because suddenly it’s okay. What a strange message.

Shrieks of joy and excitement were coming from the pool. I walked over to Chaim, who was on a lounge chair and fumbling with his fidget spinner, and said, “Hey! Why are you sitting here by yourself, do you want to go swimming?”

He looked around, shrugged, and said, “I’m not a little piggy.”

When I asked what he meant, he said, “Only a chazzir gets naked in front of others” – and then he asked if I could take him to the bathroom so that he could change into swim clothes.

It may not be feasible to take each child to the bathroom, one at a time, but creating a makeshift dressing room – such as a coat rack with a shower curtain or even a designated corner where a large towel is hung – is a practical and inexpensive solution.

The point is not exactly how it is done but the message behind the action: “I understand you’re uncomfortable, your body is private and should be kept that way, so let’s figure out a way to make you more comfortable.” 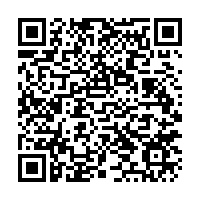