Ravid’s initial revelation – which was splashed across Yedioth Ahronoth‘s front page last Friday – had Trump cursing Netanyahu in the coarsest possible language for his belated congratulatory message to Joe Biden after Biden was declared the winner of the 2020 presidential race. Although jarring, Trump’s expletive-laced tirade against Netanyahu was easy enough to explain because it was textbook “Ravid” journalism. Barak Ravid is more of a left-wing activist than a reporter. And to advance his personal war against the right, he has a knack for making marginal bloviations the heart of his stories and for reducing major events into idle gossip.


In just one memorable example of “Ravid” journalism, in the summer of 2019, the Netanyahu government barred Congresswomen Rashida Tlaib and Ilhan Omar from entering Israel. The dramatic decision stemmed from the announced goal of their trip. Omar and Tlaib, who both reject Israel’s right to exist, intended to use their trip to advance the antisemitic BDS campaign against the Jewish state.

The government’s decision was a watershed event in the fight against progressive/Islamic Jew hatred. But for Ravid, it was nothing more than schoolyard politics. Ravid reported that the only reason Netanyahu barred the two women from entering the country was because Trump had pressured him to do so.

It wasn’t a bid to isolate and delegitimize two powerful lawmakers who devote great efforts to popularizing and mainstreaming Jew-hatred in America and undermining US support for Israel. By Ravid’s telling, Netanyahu was motivated solely his desire to please Trump. And Trump, for his part, was only interested in embarrassing two of his greatest critics in the House of Representatives.

Because in Ravid’s world, everything right-wingers do is trivial, personal and political.

But if Trump’s caustic language in reference to Netanyahu was easy enough to shove into the “Ravid gossip” file, Trump’s characterization of PLO Chief and Palestinian Authority Chairman Mahmoud Abbas on the one hand and his assessment of Netanyahu’s substantive positions on the other was impossible to shrug off. Trump likened Abbas to his deceased father, and said that Netanyahu wasn’t interested in peace.

The question is, what do we learn from Trump’s statements about the two men?

Trump’s claims don’t change the historical record. Trump was the most pro-Israel president in history. None of his predecessors, (and certainly not his successor President Joe Biden), come close. The same Trump who told Ravid that he viewed Abbas as a father figure stopped US financial support for the Palestinian Authority and shut down the PLO’s representative office in Washington, DC because Abbas funds and incites terrorism.

And of course, Trump moved the US Embassy to Jerusalem, and recognized the legality of Israel’s communities in Judea and Samaria.

Trump’s statements to Ravid don’t change the record. But they do tell us something important about the way Israel, under Netanyahu’s leadership, managed to convince then-President Trump to enact all of these extraordinary policies.

The first thing that Trump’s hostile statements tell us is that in everything related to Israel, the situation in the Trump White House was much more complicated than it looked from the outside. As he said to Ravid, Trump’s basic view of Israel was positive. But from a policy perspective, Trump waxed and waned. There were many powerful people around Trump who pulled him in different directions.

There were a lot of people around Trump who told him that Netanyahu was hostile to peace and that Mahmoud Abbas, the Holocaust-denying PLO chief who funds and incites terrorism, is a man of peace. They told him that Israeli communities in Judea and Samaria are “an obstacle to peace,” and that “the only solution,” is the so-called “two-state solution.” The “two-state solution,” they explained in turn, requires Israel to surrender Judea and Samaria and large swathes of Jerusalem, Jew-free, to man-of-peace Abbas.

Facing these powerful actors was the opposing camp, which also enjoyed considerable power. Its members were passionate supporters of a strong US-Israel alliance. This camp’s members included Vice President Mike Pence, Trump’s second Secretary of State (and first CIA Director) Mike Pompeo, US Ambassador to Israel David Friedman, and Middle East envoy (until late 2019) Jason Greenblatt. Members of the camp outside the administration included the vast majority of the Republican lawmakers in the House and Senate, and tens of millions of Evangelical Christians.

Like Trump himself, his son-in-law and top advisor Jared Kushner was predisposed to support Israel, but was not a member of either camp.

The existence of the two factions and the epic fight between them was always open for all to see. For instance, Tillerson and Mattis were both open about their opposition to moving the embassy to Jerusalem and walking away from the nuclear deal with Iran.

This brings us to the second thing we learn from Ravid’s tapes of his interview with Trump. Netanyahu’s critics on the right – most famously, current Interior Minister Ayelet Shaked and leaders of the Council of Israeli Communities in Judea and Samaria and the Samaria Regional Council David Elhayani and Yossi Dagan – accused Netanyahu of “standing in front of an open goal and refusing to kick the ball” in relation to his dealings with the Trump administration.

Their idea was that Trump was willing to agree to anything that Israel proposed but that Netanyahu had failed to propose policies that are vital for the country. Netanyahu’s decision to “stand before the open goal,” they insisted, meant that he either wasn’t sufficiently committed to the country’s well-being, or that he was a closet leftist.

Ravid’s tapes of his interview with Trump demonstrate that the “goal” was never open. Every single pro-Israel step Trump took came after a protracted, hard-fought battle within the administration. Trump moved the embassy to Jerusalem. But he torpedoed Netanyahu’s plan to apply Israeli sovereignty to the Israeli communities in Judea and Samaria and to the Jordan Valley. Trump withdrew from the Iran nuclear deal. But he refused to follow up on the withdrawal with concerted action to either overthrow the regime or destroy Iran’s nuclear installations.

Trump’s statements to Ravid show that Netanyahu wasn’t standing on the sidelines passively. As Trump’s derogatory statements against Netanyahu demonstrated, Netanyahu was in the ring, fighting desperately over everything. Nothing came easily. Netanyahu achieved great things because he is a political and diplomatic Messi. He doesn’t make every shot. But he scores a lot of goals.

This brings us to the failure of Netanyahu’s plan to apply Israeli sovereignty to parts of Judea and Samaria. Today, with the Bennett-Lapid government sending reinforcements for police in Judea and Samaria to “fight” non-existent Jewish terrorists and freezing all road construction for Jewish communities, while providing thousands of building permits to the Palestinians in Area C, which surrounds the Israeli communities, the epic dimensions of the missed opportunity are coming into clear view.

And there are people to blame for the failure.

When we recognize the complex conditions Netanyahu was operating in, it’s obvious just how devastating a role Elhayani and Dagan played in the saga. The two ostensible leaders of the Jewish communities in Judea and Samaria vocally opposed Netanyahu’s sovereignty plan from the moment Netanyahu presented it to them in Washington the night before it was formally announced in the White House in January 2020. In the months that followed, they led a major campaign to kill a plan that would have ended the anomalous situation in which half a million Israelis live under military rule. The two men’s vocal opposition to the sovereignty plan confused Evangelical leaders, with whom Dagan in particular was in close contact.

Not wanting to harm Israel, the Evangelicals opted to stay out of the fight. But without Evangelical support, when the plan came before Trump for a final decision in July 2020, opponents of the plan were able to point to Evangelical silence, settler opposition, and claim that no one supported it. So with the Evangelical leaders unsure whether or not it was the right thing to do, Evangelicals within the administration lead by Pence and Pompeo also opted to stand on the sidelines.

With a fractured pro-Israel camp on the one side and a unified pro-Abbas camp on the other, Trump had no problem deciding to kill the plan.

Another truth Ravid’s tapes bring home is just how deep and wide support for Israel is among Republicans. Trump may move back and forth between the opposing camps. But his party doesn’t.

In stark contrast, from election to election, the Democrat Party becomes more and more hostile to Israel. In the 2020 elections, Tlaib and Omar’s antisemitic “squad” tripled its membership.

Last week Defense Minister Benny Gantz travelled to Washington in hope of convincing the Biden administration to stop trying to reach a deal with Iran that will enable Iran to become a nuclear power. A member of his delegation told The Jerusalem Post that they were stunned to discover that Secretary of State Antony Blinken insisted on spending as much time discussing Israeli communities in Judea and Samaria as he spent discussing Iran – as if Jewish communities are a threat, and one of equal gravity as Iran’s nuclear weapons program.

The official may actually have underplayed the situation. The Biden administration’s obsequious efforts to appease the Iranian regime on the one hand, and its hostile treatment of Israel in relation to the Palestinians on the other, indicate that Biden and his advisers are more hostile to Israel than they are to Iran and its nuclear weapons program.

In Netanyahu’s case, the consequences will be terrific. Ravid’s revelations of Netanyahu’s stubborn refusal to budge on his principles massively strengthened Netanyahu’s standing among right-wing voters. The jury is still out on how Trump’s disclosures to Ravid will be judged. 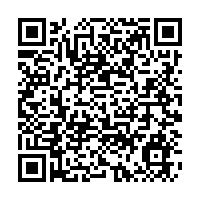