Home InDepth Op-Eds Shemot: D’Nile Ain’t Just A River In Egypt
Share on Facebook
Tweet on Twitter
Photo Credit: Wikicommons
In this week’s Torah reading, Parshat Shemot, we move from the Book of Genesis, to the Book of Exodus; from stories about the founding family of the Jewish people, to the “Am Bnei Yisrael,” the nation of Israel in Galut, exile. And, who calls the Jews a nation first? The Pharaoh of Egypt, himself (Exodus 1:9).

Let’s review the basic story. Pharaoh becomes paranoid that the Jews might become a fifth column against them, in case an enemy nation invades Egypt. He decides to recruit them for “Egyptian national service,” read slavery, to better control them, maybe even stop their population growth. Since that doesn’t work, he carries out an infanticide (ordering baby boys drowned), to decimate the Jewish male population.

Yocheved, Moshe’s mother, after giving birth, puts baby Moses, in a basket amongst the reeds by the Nile river, hoping to save him. He’s found by Pharaoh’s daughter, brought home, raised in the palace, yet surreptitiously nursed by his mother, and grows up knowing he’s a Hebrew.


When he gets older, Pharaoh appoints him chamberlain over the palace. One day he goes out to check out the situation of the Hebrew slaves, and sees an Egyptian taskmaster beating a Jew. He kills the Egyptian, and buries him in the sand. The next day he sees two Jews fighting (Dathan and Abiran), and when he tries to intervene, one of them asks him, if he’s planning on killing him like he killed the Egyptian? Realizing that the murder is well known, Moshe gets scared, and when he finds out that Pharaoh heard about the killing, Moshe decides to flee Egypt.

Moshe goes to Midian, and rests by a well. Jethro’s daughters come to the well to water their father’s sheep, are harassed by other shepherds and saved by Moshe. They go home and tell Jethro that an “Egyptian” man helped them. Moshe lives with them, and later he marries one of Jethro’s daughters, Zipporah (Exodus, chapters 1 and 2).

Rav Tzvi Yehudah Kook was known to remind people, about a teaching of the Rebbe of Ostravtza (Ostrowiec), R. Meir Yechiel HaLevi Halstock. The Rebbe taught, when people meet and ask each other where they’re from, a Jew should always reply, “I come from Eretz Yisrael, the Land of Israel.”

Rav Tzvi Yehudah explained that there’s a midrash (Deuteronomy Rabbah 2:5), that criticizes Moshe in comparison to Joseph. Joseph identified with Eretz Yisrael. He told the people in prison, “I was kidnapped from the land of the Hebrews.” (Genesis 40:15). Therefore he merited to be buried in Israel. Moshe, by contrast, didn’t acknowledge his homeland in the incident with Jethro’s daughters, when they told Jethro, “an Egyptian saved us,” Moshe remained silent. Therefore Moshe didn’t merit to be buried in Eretz Yisrael.

The Rebbe of Ostravtza asked, why does the midrash find fault with Moshe for not saying he was from Eretz Yisrael? After all, Moshe was born in, and grew up in Egypt, the exile (much like many Jews around the world today). The Rebbe answered, that because of God’s promise to give the Land of Israel to Abraham’s descendants, the Jewish people, Moshe belongs to the Land, he is inextricably connected to it. And so are all Jews today.

Rav Tzvi Yehudah explained that because of the long exile, Jews have become accustomed to think that life in Galut, exile, is normal. They think of themselves as Americans, Russians, French, Brazilian, etc. and forget that Eretz Yisrael is their natural, healthy, Divinely-intended place to live.

One only needs to mention attacks on Jews in Pittsburgh, Poway, Brooklyn, Jersey City, Monsey, Toronto, Paris, Prague, London, Berlin, Buenos Aires, Moscow, Amsterdam, Istanbul, Uman, and on, and on, and on…

Do I make my point?

In November 2019, the FBI released data that showed that Jews and Jewish institutions, were the overwhelming target of religion-based hate crimes in 2018, as they have been every year since 1991, in America.

With rising anti-Semitism and anti-Israelism worldwide in the last several years, increasingly violent and deadly attacks on Jews have occurred, including in that most “safe of places,” “it couldn’t happen here,” “the Goldene Medina,” America.

Its not just the neo-Nazis and far-right who are increasingly attacking Jews in America, but also their “friends” on the left, including too far gone BDS, pro-Palestine Jews themselves. Blacks, Muslims, and everyday non-Jews are also getting into the act.

When are the Jews going to become Jew-Woke?

The parsha continues with Moshe getting his revelation at the burning bush. God sends him back to Egypt, to tell the Hebrews that the redemption is coming soon. Met by his brother Aaron on the way, they return to Egypt and tell the Jewish elders the good news, “And the people believed. And they heard that God had remembered the Children of Israel, was concerned about them, and had seen their affliction…” (Exodus chapters 3 and 4).

Moshe and Aaron then go, as commanded by God, to Pharaoh, and tell him, “This is what the Lord, the God of Israel, says: ‘Let my people go, so that they may hold a festival to me in the wilderness.’”

Pharaoh answers them, “Who is the Lord, that I should obey him and let Israel go? I do not know the Lord and I will not let Israel go.”

Pharaoh denies that there is any power greater than himself. Pharaoh claimed to be a god himself. Not yet grasping what’s really taking place, he begins his fatal plunge into total denial of the new reality about to unfold before his eyes, that will lead to the destruction of his country.

He lashes back at them, “Moshe and Aaron, why are you bothering the people from their labor? Get back to your work!” Pharaoh then orders that straw be withheld from the Hebrew brick makers. He tells the Egyptian taskmasters to let them go and gather straw for themselves, but that they must keep to the quota, or else.

The Jewish foreman are then beaten for not keeping to the quota of bricks produced, and they complain to Pharaoh, about the lack of straw. He replies, “Lazy, that’s what you are, lazy! That’s why you keep saying, ‘Let us go and sacrifice to the Lord.’ Now get to work. You won’t be given any straw, but you must produce your full quota of bricks.”

So quickly has the joy of promised redemption, turned to bitterness and disgust with Moshe and Aaron. Similarly, the joy of Israeli independence in 1948, and the liberation of Jerusalem in 1967, has evaporated for many Jews in the exile, to be replaced by anger toward Israel, and the so-called “occupation.”

Moshe himself then returns to God and asks, “Why Lord, why have You brought trouble on this people? Is this why You sent me? Ever since I went to Pharaoh to speak in Your Name, he’s done evil to this people, and You have not rescued Your People at all.”

The vision of redemption is fading quickly, even for the reluctant messenger, Moshe. God then answers him, “Now you will see what I will do to Pharaoh, because of My Strong Hand he will let them go; because of My Mighty Hand he will drive them out of his country.” (Exodus chapter 5 and 6:1)

First came bitter slavery, then the hope of redemption, then like the birth pangs of labor before the baby is born, even greater suffering. After such great stress, the Jewish people in Egypt focus exclusively on their suffering and it’s “causes,” Moshe and Aaron; rather than the end goal, Redemption, Freedom, leaving the Egyptian Exile and return home to Eretz Yisrael.

Just like the denial of the Jews in Egypt during the Redemptive Process, so too, many Jews worldwide, since 1948, have denied the Redemption taking place in our days, with the rise of the State of Israel, and the freedom to come back to the homeland.

As Rav Tzvi Yehudah said, Jews became accustomed to think that life in Galut, exile, is normal, even with the increasing anti-Semitism, brutality and murder taking place there. They’re in denial that Eretz Yisrael is their natural, healthy, Divinely-intended place to live. 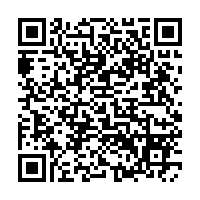