McMaster Avoids The “I” Word Again


He was addressing the expansion of the NSC from about 50 members in the 1960s, when it was run by Henry Kissinger, another CSIS speaker, to its current size of more than 360 employees.

“What has contributed to the growth over time, as well, from 50 or so to 167 is the emphasis on homeland security, especially after the mass murder attacks on our country on September 11, 2001,” McMaster stated.

McMaster was referring to about 167 policy workers at the NSC, which he explained employs about 360 people.

McMaster’s comments follow speeches given by numerous other Trump administration officials last month on the sixteenth anniversary of the September 11, 2001, attacks in which many of those officials, including President Donald Trump himself, did not once mention the terms “radical Islam” or “Islamic terrorism.”

As this journalist reported at the time, instead of naming the enemy, Trump seemingly went out of his way to use other descriptors in his 9/11 anniversary speech, including “terrorists who attacked us,” “barbaric forces of evil and destruction,” “horrible, horrible enemies,” “enemies of all civilized people,” and “enemies like we’ve never seen before.”

McMaster has reportedly previously petitioned against using the phrase “Islamic terrorism.” In February, CNN cited a source inside a National Security Council meeting quoting McMaster as saying that use of the phrase “radical Islamic terrorism” is unhelpful in working with allies to fight terrorism.

This reporter previously exposed numerous instances of McMaster’s minimizing the Islamic motivations of radical Muslim terrorists, including a 2014 speech about the Middle East in which McMaster claimed that Islamic terrorist organizations are “really un-Islamic” and are “really irreligious organizations” who cloak themselves in the “false legitimacy of Islam.”

Breitbart Jerusalem also reported that McMaster endorsed and touted a book that frames jihad as a largely peaceful “means to struggle or exert effort,” such as waking up early in the morning to recite prayers. It argues that groups like al Qaeda and other terrorist organizations have hijacked the concept of jihad to wage warfare using such tactics as suicide bombings.

That same book calls Hamas an “Islamist political group” while failing to categorize the deadly organization as a terrorist group and refers to al Qaeda attacks and anti-Israel terrorism as “resistance.”

Mattis To Speak At Conference Of Soros-Financed Group

Secretary of Defense James Mattis is confirmed to speak at the annual conference of a George Soros-financed think tank that is also funded by the controversial Ploughshares Fund, identified by the Obama White House as central to helping sell the Iran nuclear deal to the public and news media.

The International Institute for Strategic Studies (IISS), which has been heavily supportive of the Iran agreement, announced on its website that Mattis will lead a session of the IISS Manama Dialogue, which will take place in Bahrain from December 8-10.

“He and other leading policymakers from the region and beyond will gather to examine the Middle East’s most pressing security questions,” the IISS website says of Mattis’s role in the conference.

IISS has other ties to senior Trump administration officials. From September 2006 to February 2017, White House National Security Adviser H.R. McMaster was listed as a member of the IISS, where he served as consulting senior fellow.

Besides taking in direct financing from Soros’s Open Society institute and the Ploughshares Fund, which itself is financed by Soros, Breitbart News recently reported that IISS is heavily bankrolled by multinational corporate firms doing billions of dollars in business with Iran.

IISS also quietly took in about $32.5 million in funding from Bahrain, a country whose constitution explicitly enshrines Sharia Islamic law as the governing doctrine. The funding from Bahrain, a repressive regime with a dismal human rights track record but also an important regional U.S. ally, reportedly amounted to one quarter of the think tank’s total income.

A significant portion of the Bahraini funding reportedly pays for the Manama Dialogue, where Mattis is slated to speak. The original agreement between IISS and Bahrain to finance the conference contained a clause calling for the memorandum of understanding to remain confidential, according to the document, which was leaked by a watchdog and published by the Guardian newspaper last year. 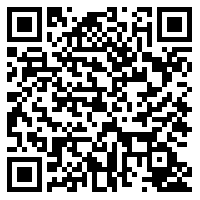