Summary of our response up to this point: We noted that one never becomes impoverished from giving charity. We also explained the importance of giving charity, especially via a loan so as not to embarrass one’s fellow. The Gemara (Kettubot 67b) discusses the lengths to which one must go to accommodate the needs of a poor person who formerly was wealthy.

Last week we sought to determine who is classified as an impoverished person and thus entitled to charity funds. We also noted the dispute (Baba Batra 9a) between R. Huna and R. Judah regarding one who comes seeking food: according to the former we verify that he is indeed needy, but if he seeks clothing we need not make inquiries. The latter posits the opposite: if he wants clothing, we make inquiries, but if he seeks food, we ask no questions. The halacha follows R. Judah.

According to a mishnah in Pe’ah and the Mechaber in Yoreh De’ah 253, as noted last week, it seems that the determining factor in determining who is poor is the magic sum of 200 zuz, or 50 zuz if it is being used as working capital for business. Yet, a mishnah in Eruvin (49b) and the Mechaber in Yoreh Deah 251:10 (which is based on R. Judah’s opinion, Baba Batra 9a), make it seem as if the determining factor is whether the person has a true need right now. So which one is it?

The answer to this question determines how we would treat, for example, a wealthy person traveling far away from his home and has no money with him.

The Aruch Hashulchan, (Yoreh De’ah 253:2) cites the mishnah in Peah 8:8 regarding the thresholds of 200 zuz and 50 zuz. The sages rule that if someone is even one zuz short of these amounts, he may take money from even a thousand people should they offer it to him. The Aruch Hashulchan then writes, “The halachic authorities have written that these monetary measures were said in [the sages’] days. However, in our days he may take [more than that] until he has sufficient principal [to work with], the profits of which may be used to support himself and his family. Indeed, there is great common sense in these words. Everything relates to the time and place.”

Rav Yitzchak Yaakov Weiss, zt”l (Responsa Minchat Yitzchak 72:5) seems to grapple with this matter when he asks how we reckon the 200 zuz today to determine a person’s status. He also asks: Even if a person possesses the magic sum of 200 zuz, what if he doesn’t have enough money to marry off his children? May he take poor tithe funds? And if yes, must we give it to him without making inquiries since the poor man’s tithe is tzedakah money over which one has no ownership? Or can we tell him, “Don’t purchase an apartment in Jerusalem; buy an apartment in a more affordable neighborhood. And don’t buy expensive furniture; buy cheap furniture”?

Regarding the 200 zuz, Rav Weiss refers us to the Chasam Sofer (Responsa, Yoreh De’ah 239), who quotes the Sefer Mitzvot Katan at the end of siman 247, which states that the 200 zuz rule does not apply today as it did in earlier times when the laws of leket, shikhecha, and pe’ah were operative and served as a means of sustenance for the poor on a yearly basis. 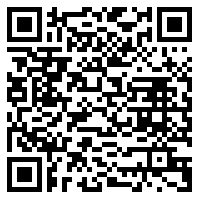