My uncle, HaRav Sholom Klass zt”l, discussed this matter in his Responsa of Modern Judaism, Vol. 1, much of which is based on the Mechaber, Orach Chayim 451-452, the Rema (ad loc.), and the Kitzur Shulchan Aruch 116. HaRav Klass writes:

“[H]ere is a brief summary of what may and may not be used and or purged:


“(1) You can purchase disposable [or inexpensive plastic] dishes and paper plates, which can solve many of your problems. The cost is nominal.

“(2) You can purge your utensils, which basically means, as we will explain further on, to cleanse them for Passover use by means of hagala – scalding hot water. As we state further on, there are numerous means of cleansing or purging.

“Earthen vessels and chinaware [which are chametzdik] cannot be purged and may not be used [because they are too absorbent, making it impossible to remove all the chametz].

“Wooden [implements, for cold usage only], metal and stone utensils may be used after having been purged by means of hagala, but if it is an article that will be damaged by hot water, such as a vessel [with parts that are] glued together, even if only the handle is glued on, purging is of no avail.

“Before the vessel is purged, it should be thoroughly cleansed of rust and the like, and made perfectly clean, but stains do not matter. If the vessel is dented, it should be carefully scraped. If it is made of metal, hot coals should be placed upon the dents until they glow, and the vessel should be purged thereafter. If, however, it is impossible to thoroughly cleanse the dents and cracks, or to ‘glow’ them [i.e., libun, making them turn white from the heat], it cannot be made valid for use. Hence it is necessary to carefully observe whether purging will avail for knives with handles. It is best, if one can afford it, to buy new knives for Passover.

“Utensils into which water is not generally placed when used over the fire (such as frying pans and the like) require libun gamur – heavier [higher temperature] glowing. One should glow them to the extent of making them emit sparks. A wooden spoon cannot be made valid for use.

“Purging is done only in boiling water and nothing should be mixed therewith, not even ashes and the like. If one has purged many vessels in one boiler, so that the water becomes turbid, no more purging should be done therein.

“One should not purge a vessel unless 24 hours have passed since leaven was cooked therein. Likewise, the boiler in which the purging is done should not have been used for leaven that same day [a 24-hour period must have elapsed for the boiler too]. Also, carefully observe, each time you put a vessel in the boiler, that the water comes up boiling hot. If it is necessary to purge the boiler, then it must be full when the water is boiling therein and hot stones should be thrown therein in order that the boiling water should overflow its edge. Purging should only be done until noon on Passover eve.

We must make note of the fact that drinking or measuring vessels also need to be purged. As far as glass vessels are concerned, the Mechaber writes that mere rinsing (after they have been cleaned of any chametz residue) suffices even if they are mainly used for hot liquids (Orach Chayim 451:26). They don’t need purging because according to the Mechaber glass does not absorb. The Rema notes, however, that some authorities rule stringently and maintain that even purging through hagala does not suffice. He notes that the custom in Ashkenazic lands is in accordance with these stricter authorities. 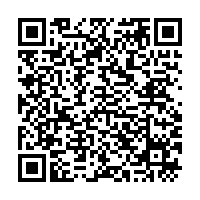