Editor’s note: Parties to a dispute are almost always supposed to seek compromise (peshara) rather than strict din. In fact, the Gemara (Bava Metzia 30b) states that Yerushalayim was destroyed because cases were settled based on din (rather than lifnim meshuras hadin). We encourage readers, therefore, to read this column – which often addresses human disputes – as a source of Torah knowledge, not a guide for ideal Torah behavior.

“How was your Pesach?” Mr. Weiss asked his neighbor, Mr. Cohen.

“Before Pesach, you had a question about chametz that your clients were storing in your freezer warehouse,” said Mr. Weiss. “What ended up happening?”

“Rabbi Dayan instructed me to include that chametz in my mechiras chametz,” replied Mr. Cohen. “Even though it was not mine, I was a guardian for it.”

“I had a similar case,” said Mr. Weiss. “I keep bottles of whiskey in my office for staff meetings. One bottle belongs to a non-observant Jewish colleague. I didn’t include that bottle in my sale. I figured that if he doesn’t care to sell his chametz, I don’t have to bother.”

“That’s not true; you were entrusted with the bottle,” objected Mr. Cohen. “What happened with it?”

“My rabbi said that the whiskey is prohibited to drink after Pesach,” said Mr. Weiss. “I wasn’t going to get into a whole discussion with my colleague, so I poured the whiskey down the drain.”

“How did he respond?” asked Mr. Cohen.

“He was a little shocked,” said Mr. Weiss. “He’s respectful of religion, though. When I explained that my rabbi said that the whiskey cannot be drunk anymore, he didn’t make a fuss.”

“You could have saved the bottle by selling it, though,” pointed out Mr. Cohen. “That bottle was entrusted to you. You didn’t fulfill your responsibility properly. You might be liable for the whiskey!”

“Why should I be liable?” asked Mr. Weiss. “What did I do wrong? If he didn’t sell his chametz, it’s his problem. Why should I have to pay for the whiskey just because he left it with me!”

“I suggest that you ask Rabbi Dayan,” said Mr. Cohen. “I’ll give you his number.”

Mr. Weiss called Rabbi Dayan and asked: “Am I liable for the bottle of whiskey?”

“What is this dispute based on?” asked Mr. Weiss.

“The Gemara (Bava Metzia 93b) teaches that when a flock is attacked, if the shepherd neglected to gather other shepherds and sticks to ward off the attackers, he is liable,” explained Rabbi Dayan. “An unpaid guardian is required to gather those willing to help for free, and a paid guardian even has to hire help. Thus, an unpaid guardian who neglected to take minimal proactive action to save the entrusted item is liable. That means that, according to the Magen Avraham, you are liable since you should have made sure to sell the chametz as a way of ‘guarding’ it.” (C.M. 291:8, 303:8; Tumim 72:43)

“What is the basis for the authorities that exempt?” asked Mr. Weiss.

“The Gemara (Bava Metzia 38a) and Shulchan Aruch base a guardian’s responsibility to sell produce that is spoiling on hashavas aveidah,” continued Rabbi Dayan. “A person who neglected to pick up and return a lost item, although he should have done so, is not held liable for it. Similarly, a guardian is not liable for not selling chametz he is watching – even though he should have sold it. He accepted liability only to protect the item, not sell it. ” (C.M. 292:17; Shulchan Aruch Harav, O.C., 243:8)

“Chok Yaakov (O.C. 443:7) maintains a middle position,” concluded Rabbi Dayan. “He holds the guardian accountable for not selling the chametz, but considers it similar to theft or loss, not negligence, so that only a paid guardian is liable. He writes, though, that if the owner could have sold or notified the guardian, but chose not to, he caused his own loss and the guardian is not liable.” (C.M. 292:22; Sha’ar Hatziun 443:15; Pischei Choshen, Pikadon 2:37) 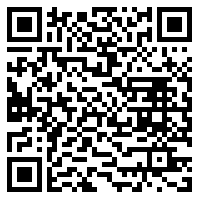