Imagine that the book of your life has already been written – and that you’ve read the chapter headings. How would your life be different?

This issue is addressed by J.K. Rowling in the Harry Potter series. The arc of Harry’s life is seemingly foretold by Sybil Trelawney’s prophecy. But Dumbledore tells Harry that because prophecy is couched in language, its meaning is never definite. Rather than letting prophecy dictate our choices, we should make choices that give the prophecy its best possible meaning.


Rowling was preceded by the Torah. In the Covenant Between the Pieces, Avraham Avinu was told that his descendants would be exiled and enslaved in a land not their own, but would then be redeemed and returned to Canaan with great wealth. Yitzchak and Yaakov live in the shadow of inevitable exile.

Yet they are not passive pawns of prophecy. Yitzchak never leaves the Land, and Yaakov makes a deliberate choice to do so. The prophesied exile begins because Yaakov made a real choice. Did he make that choice because now, in Egypt, was the best meaning the prophecy of exile could be given?

Rashi notices a small contradiction in the Torah’s report of Yaakov looking to Egypt for food when famine struck Canaan. In Genesis 42:1, the narrator reports that “Yaakov saw that there was ShBR in Egypt”. But in 42:2. Yaakov says: “Behold I have heard that there is ShBR in Egypt”. Rashi is unwilling to assume that seeing and hearing are compatible metaphors for gaining information secondhand.

His solution is that verse 2 should be vocalized SBR, meaning hope, not ShBR, meaning grain. “Yaakov saw via the Holy Speculum that there was still SBR/hope for him In Egypt. But this was not actual prophecy telling him explicitly that the SBR related to (his missing son) Yosef.” Therefore Yaakov hid his motive from his sons, telling them only that he had “heard” that there was ShBR in Egypt.

followed them himself, essentially volunteering to die in exile. Yet according to Midrash Rabbah as well, there is no indication that Yaakov told his sons why he made this choice.

Rashi and Midrash Rabbah agree that the brothers trod blindly while Yaakov’s actions were goal-oriented. But there is a crucial difference between them: Where Midrash Rabbah identified Yaakov’s SBR/hope with redemption, Rashi narrows it to the personal hope of seeing Yosef.

For Rashi, Yaakov lives as if there were no prophecy. But for Midrash Rabbah, Yaakov is seizing this moment to fix the meaning of the prophecy.

This disagreement shows up many times in Jewish history, and in many contexts. The most recent, of course, is Zionism. Belief in G-d’s promise of ultimate Messianic redemption can generate passivity – why should we act if the ending is already known? But it can also generate an aggressive focus on bringing Moshiach soon.

Everyone seems to agree, however, that Yaakov’s sons are passengers in time. They live the pages of their lives as if there were no need for chapterization – no one but G-d needs to think about how everything fits together. Only Yosef, who has spent his life trying to make dreams come true, realizes on his deathbed what Yaakov has done. “Surely G-d will redeem you, and then you must take my bones with you from this“ – this is the Exile which will end in Redemption.

It is possible that Yaakov’s sons actively resist thinking in prophetic terms. They prefer to act as if their freedom is total, as if history has no patterns other than the ones they choose to create. They wish to make their place in the scheme of the world, rather than to find their place. Their self-appointed task is to impose meaning on absurdity.

Yet in the end, there they are in Egypt. There is no absurdity, only fate. And one cannot evade fate by ignoring it; the only live option is to use one’s free will to transform fate into destiny.

Tu B’Shevat: Annual Reminder to Appreciate the Beauty of the Land of Israel 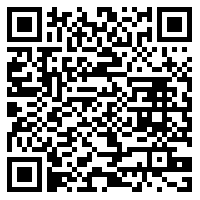