As he buys a burial plot for his wife Sarah, Avraham identifies himself as a ger toshav (Genesis 23:4). The term is enigmatic. Ger means alien while toshav means resident. How could Avraham be both when those terms seem to be the opposite of one another?

On a simple level, Avraham tells the children of Cheis that he initially came to their community as a stranger, but now he has finally settled in. Alternatively, the Midrash interprets Avraham declaring: “I am prepared to conduct myself as a stranger and pay for the burial plot. If, however, you rebuff me I will take it as a citizen who already owns the land that God had promised to His children.”


Rav Yosef Dov Soloveitchik sees it differently. For him, Avraham is defining the status of the Jew throughout history living among foreigners. No matter how comfortable a Jew may feel among others, in the end the Jew is a stranger and is viewed as an “other” by his neighbors.

Another thought comes to mind. Avraham was a very successful man. He introduced the revolutionary idea of monotheism – and indeed is chosen to be the father of the Jewish nation. Still, as he buries his wife, he cries out that as accomplished as he may be, in the end he is vulnerable, with glaring weaknesses and frailties – just like everyone else. Hence, ger toshav resonates one’s outlook on life.

As much as one may feel like a toshav, like a resident who is in control of life, in the same breath he is a ger, a stranger – here one day and gone the next.

Commenting on the verse recited every Friday night that speaks of the rivers dancing and the trees clapping hands, Rav Shlomo Carlebach said:

When a person says “I’m happy,” the tree says, “Hey, wait till I see you tomorrow.” One day I say I’m so holy, then the rivers will say “Wait till tomorrow.” You know one day there will be a great Shabbos, a never-ending Shabbos. One day the whole world will be good forever. One day there’ll be joy forever. So every Friday night when we receive Shabbos, I’m crying, I’m begging, Master of the world, let it be forever, let it be for real. You know, so many houses are broken, so many hearts are broken, so many windows are broken because nothing lasts forever. But this Shabbos, let it be, let it be, let it be forever; let the rivers dance, let the trees clap hands…. So we are begging, we are crying before the One, let it be, let this Shabbos be forever, let us hear the great trumpet, bahatzotzros bekol shofar. Let us hear the great trumpet, let us hear the greatest message, from now on everything good and holy will be forever.

But until that time, nothing lasts forever. All joy, says the Talmud, must be tempered with trembling. We are all, in the words of Avraham, a ger toshav – permanent yet temporary. Such is the way of the world. 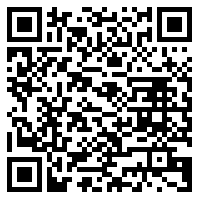