Following multiple rockets launched overnight from Gaza at Israel, Palestinians are reporting that an IAF drone took out a Gazan rocket team that was about to prepare yet another rocket launch at Israel. At least one member of the rocket team was killed. The team were east of Khan Yunis in south Gaza at the time.

The IDF has not identified what type of aircraft was used in the operation.


The attacks on the rocket crews may be part of what appears to be a new IDF policy to respond to all rocket attacks.

The IDF has begun saying,

“The IDF will not accept any attempts to attack the citizens of Israel, and will continue to operate against any operative that attempts to terrorize the State of Israel. Hamas is considered to be the address and responsibility is on them.”

Citizens of Israel’s south, in towns near Gaza, have been told to stay within 15 seconds of a bomb shelter this morning. 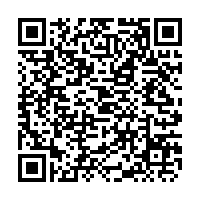