(JNi.media) Chaim Miller, 94, member of Kibbutz Kfar Menachem outside Kiryat Malachi in south-central Israel, was chosen to receive the Kibbutz Industries Beloved Award for 2015. Miller was part of a group of German immigrants who, in the early 1940s, established a repairs workshop that later became the metal factory of Kfar Menachem. During World War II Miller was drafted into the German platoon of the Palmach, the Haganah underground’s shock troops, which was eventually sent to Europe to join the Nokmim-Avengers unit that dealt with the elimination of Nazi soldiers.

The Nokmim began as a Jewish partisan militia, formed by poet Abba Kovner and his lieutenants Vitka Kempner and Rozka Korczak from the remnants of the United Partisan Organization which operated in Lithuania under Soviet auspices. After the war, some Nokmim joined with veterans of the Jewish brigade in British Palestine to form a new organization called Nakam-Revenge, assassins who targeted Nazi war criminals in order to avenge the Holocaust.


They were 60 Jews altogether, who arrived in Germany after the war with the ultimate purpose of carrying out an operation so terrible it would cause international response as a warning to anyone conspiring to harm Jews again. According to at least one source, in 1946 the group planned to kill six million Germans by poisoning the drinking water of Munich, Berlin, Weimar, Nuremberg and Hamburg. After that plan had failed, Nakam members painted about 3,000 loaves of bread with diluted arsenic, and the loaves were served 12,000 German POWs in a US Army internment camp near Nuremberg. According to the AP, 1900 German POWs were poisoned and all of them became “seriously ill.” According to then Nakam leader Joseph Harmatz, 300 to 400 Germans died. He said this “was nothing compared with what we really wanted to do.”

In 1946, Miller returned to the kibbutz from his military service, and ever since, for 70 years, has been working in the same factory, most of the time as production manager and chief warehouse manager. Before and during the 1948 War of Independence, Miller’s workshop produced sten submachine guns and handguns for the Haganah and was responsible for the secret storage of the kibbutz weapons.

Every day Miller opens the factory gates at six in the morning and locks them at six at night. Miller was very upset back when he became 90, when the safety manager ordered him to stop working on the forklift, but he continues to come to work every day and works six hours.

Miller will receive the award at the annual conference of the Kibbutz Industries Association on Wednesday, December 16, attended by hundreds of factory managers, heads of economic administrators and kibbutz secretaries. The award is being given in recognition of Miller’s work for more than seven decades for the establishment and development of the Kfar Menachem metal plant, creating jobs for kibbutz members and for residents of the region and strengthening Israel’s periphery. 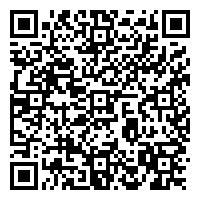