Jewish worshippers visiting the Temple Mount set a new record on Wednesday when the number of Jewish visits to the holy site crossed the 40,000 marker for the first time in modern history.

The Temple Mount Administration reported that 40,259 Jews went up to pray on the Temple Mount since the beginning of the Jewish year of 5782 in September.

This precedent number surpassed by a large margin all previous years, which stood at less than 30,000. The current annual record is expected to increase much further, with the increase in crowds on the Tisha B’av day of mourning next week and during the month of Elul, ahead of the High Holidays and Rosh Hashanah, the Jewish New Year.

These historic numbers were recorded despite the fact that Jews’ visits to the Temple Mount, Judaism’s holiest site, are limited in time, space, as well as the number of visitors allowed access at any given time. While Jews’ rights to worship at the site have improved in recent years, much remains wanting, and the full freedom of worship has yet to be granted by the State of Israel to Jews visiting the Temple Mount. 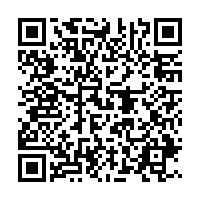