I thought for a while the two-state looked like it may be the easier of the two. But honestly, if Bibi and if the Palestinians — if Israel and the Palestinians are happy, I’m happy with the one they like the best.

But rather than deal with labels, I want to deal with substance. It’s something I’ve hoped to do for years in a world that’s absolutely fixated on labels and not on substance. So here’s the substance: There are two prerequisites for peace that I laid out two years — several years ago, and they haven’t changed.

Second, in any peace agreement, Israel must retain the overriding security control over the entire area west of the Jordan River. Because if we don’t, we know what will happen — because otherwise we’ll get another radical Islamic terrorist state in the Palestinian areas exploding the peace, exploding the Middle East.

Now, unfortunately, the Palestinians vehemently reject both prerequisites for peace. First, they continue to call for Israel’s destruction — inside their schools, inside their mosques, inside the textbooks. You have to read it to believe it.

So, unfortunately, the Palestinians not only deny the past, they also poison the present. They name public squares in honor of mass murderers who murdered Israelis, and I have to say also murdered Americans. They fund — they pay monthly salaries to the families of murderers, like the family of the terrorist who killed Taylor Force, a wonderful young American, a West Point graduate, who was stabbed to death while visiting Israel.

So this is the source of the conflict — the persistent Palestinian refusal to recognize the Jewish state in any boundary; this persistent rejection. That’s the reason we don’t have peace. Now, that has to change. I want it to change. Not only have I not abandoned these two prerequisites of peace; they’ve become even more important because of the rising tide of fanaticism that has swept the Middle East and has also, unfortunately, infected Palestinian society.

So I want this to change. I want those two prerequisites of peace — substance, not labels — I want them reinstated. But if anyone believes that I, as Prime Minister of Israel, responsible for the security of my country, would blindly walk into a Palestinian terrorist state that seeks the destruction of my country, they’re gravely mistaken.

The two prerequisites of peace — recognition of the Jewish state, and Israel’s security needs west of the Jordan — they remain pertinent. We have to look for new ways, new ideas on how to reinstate them and how to move peace forward. And I believe that the great opportunity for peace comes from a regional approach from involving our newfound Arab partners in the pursuit of a broader peace and peace with the Palestinians.

And I greatly look forward to discussing this in detail with you, Mr. President, because I think that if we work together, we have a shot.

PRESIDENT TRUMP: And we have been discussing that, and it is something that is very different, hasn’t been discussed before. And it’s actually a much bigger deal, a much more important deal, in a sense. It would take in many, many countries and it would cover a very large territory. So I didn’t know you were going to be mentioning that, but that’s — now that you did, I think it’s a terrific thing and I think we have some pretty good cooperation from people that in the past would never, ever have even thought about doing this. So we’ll see how that works out.

Q: Thank you, Mr. President. You said in your earlier remarks that both sides will have to make compromises when it comes to a peace deal. You’ve mentioned a halt on settlements. Can you lay out a few more specific compromises that you have in mind, both for the Israelis and for the Palestinians?

PRESIDENT TRUMP: It’s actually an interesting question. I think that the Israelis are going to have to show some flexibility, which is hard, it’s hard to do. They’re going to have to show the fact that they really want to make a deal. I think our new concept that we’ve been discussing actually for a while is something that allows them to show more flexibility than they have in the past because you have a lot bigger canvas to play with. And I think they’ll do that.

I think the Palestinians have to get rid of some of that hate that they’re taught from a very young age. They’re taught tremendous hate. I’ve seen what they’re taught. And you can talk about flexibility there too, but it starts at a very young age and it starts in the school room. And they have to acknowledge Israel — they’re going to have to do that. There’s no way a deal can be made if they’re not ready to acknowledge a very, very great and important country. And I think they’re going to be willing to do that also. But now I also believe we’re going to have, Katie, other players at a very high level, and I think it might make it easier on both the Palestinians and Israel to get something done.

PRIME MINISTER NETANYAHU: You asked about Iran. One thing is preventing Iran from getting nuclear weapons — something that President Trump and I think are deeply committed to do. And we are obviously going to discuss that. 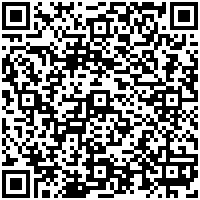