In response to a renewed wave of rocket attacks aimed at Israel shortly after 1 am Thursday (May 30), the Israel Defense Forces intensified its air strikes in Gaza overnight, attacking 25 terrorist targets belonging to the Hamas terrorist organization using fighter jets, combat helicopters and other aircraft.

“This is another wave of attacks by the IDF against the terrorist targets of the Hamas terrorist organization, which bears responsibility for all events in and from the Gaza Strip, as well as the severe attacks against Israeli citizens,” said the IDF Spokesperson in a statement.

“Hamas again chooses to act against the interests of the residents of the Gaza Strip and, after failing to improve the social order, and instead encouraging violence along the security fence, chooses to carry out and allow large-scale firing against Israeli citizens.

“The IDF views Hamas’ terrorist activity severely and will continue to act against it in a strong and sharp manner, and is prepared to carry out its activities as needed and with a wide range of instruments,” the IDF Spokesperson continued.

“The IDF is prepared for a variety of scenarios and is determined to act against terrorist operatives and will continue to carry out its mission to protect the citizens of Israel.” 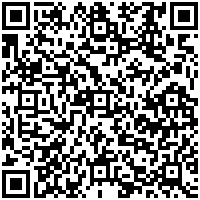