Although the IDF has been provided with the largest annual budget in its history (nearly $15 billion), the Home Front Command recently cut back on regular patrols in and around towns and villages straddling the border with Gaza.

Last Sunday a grenade-carrying terrorist walked across the border from Gaza into southern Israel’s Eshkol Region and walked for several hours unimpeded by a single Israeli patrol. An alert security officer from a nearby Israeli village spotted the terrorist and apprehended him.

‘We Want To Hug Them Again’

Remarks of Rachel Frankel to the UN Human Rights Council in Geneva on Tuesday:

My name is Rachel Frankel, and I live in Israel. I’ve come here today as a mother. Twelve days ago, my son Naftali, and two other teenage students, Eyal Yifrah and Gilad Shaer, whose mothers are sitting behind me, were kidnapped on their way home from school. Since then, we’ve heard nothing – no news, no sign of life.

With your permission, I’d like to tell you about the boys. My son Naftali is 16. He loves to play guitar and basketball. He’s a good student and a good boy –a combination of serious and fun. Eyal loves to play sports and cook. Gilad is an amateur pastry chef, and loves movies.

My son texted me, said he’s on his way home, and then he’s gone. Every mother’s nightmare is waiting and waiting endlessly for her child to come home.

We wish to express our profound gratitude for the waves of prayers, support and positive energy pouring in from around the world.

Being in this assembly, I wish to thank the UN secretary-general for condemning the abduction of our boys, expressing his solidarity with the families, and calling for their immediate release.

And I thank the International Red Cross for stating clearly that international humanitarian law prohibits the taking of hostages, and for demanding the immediate and unconditional release of our boys.

At the same time, I believe much more can be done – and should be done – by so many. That is why we three mothers have come here today, before the United Nations and before the world, to ask everyone to do whatever they can to bring back our boys.

Mr. President, it is wrong to take children, innocent boys or girls, and use them as instruments of any struggle. It is cruel. This council is charged with protecting human rights. I wish to ask: Doesn’t every child have the right to come home safely from school? 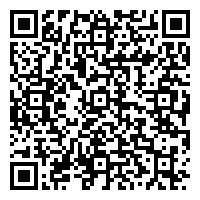