During the discussions that led to the hiring of former Ohio congressman Eric Fingerhut as the next president and CEO of Hillel: The Foundation for Jewish Campus Life, an item Fingerhut says was non-negotiable for both parties was Hillel’s usage of its staff, resources, and reach to fulfill its stated commitment to the support of Israel.

The “Israel Policy” within Hillel’s “Israel Guidelines” states that the organization is “steadfastly committed to the support of Israel as a Jewish and democratic state with secure and recognized borders as a member of the family of nations.” Furthermore, Hillel’s “Vision for Israel” states that it “seeks to provide every Jewish student with the opportunity to explore and build an enduring relationship with Israel.”


Fingerhut told JNS.org that during the interview process, members of Hillel’s board of directors “made absolutely clear” that they were looking for a CEO who would ensure that “we live up to that mission every day in our work on every campus.”

“And I will tell you that in my own thinking about this job, the clarity that the board had on that question is an important thing that persuaded me to take the job, because I am personally in my life deeply committed to Israel and would only be part of an organization that is not only pro-Israel in its own behavior, but is helping to instill the love of Israel in the people we serve, the young adults that we serve,” Fingerhut said in a phone interview the day his hiring was announced.

The 54-year-old Fingerhut, who will succeed Wayne Firestone as Hillel’s chief executive later this summer, represented Ohio’s 19th district in the U.S. House of Representatives from January 1993 to January 1995, and was chancellor of the Ohio Board of Regents from March 2007 to February 2011, a role in which he provided higher education policy advice to the state’s governor and legislature.

Asked about how Hillel should defend Jewish and pro-Israel students on campus when they are faced with challenges such as the Boycott, Divestment and Sanctions (BDS) movement against the Jewish state, Firestone said he is “certainly aware” that Hillel’s commitment to Israel “is challenged from time to time on campuses,” but that the organization needs to “be strong and not just resolute, but also committed to living up to our standards and our commitment [to Israel], and I can assure you we will do that, and certainly work with those who I need to work with to make sure we have the right strategies in place to implement that commitment.”

Hillel’s Israel Guidelines address the BDS movement in the “Standards of Partnership” section, which states that the organization “will not partner with, house, or host organizations, groups, or speakers that as a matter of policy or practice: Deny the right of Israel to exist as a Jewish and democratic state with secure and recognized borders; Delegitimize, demonize, or apply a double standard to Israel; Support boycott of, divestment from, or sanctions against the State of Israel; Exhibit a pattern of disruptive behavior towards campus events or guest speakers or foster an atmosphere of incivility.

There is an ongoing debate in the Jewish community surrounding Hillel’s partnership with the “pro-Israel, pro-peace” group J Street. While J Street and its supporters believe J Street’s approach to Israel engages certain pro-Israel students who otherwise would not be part of Hillel, and note that Hillel has reached out to J Street to help with anti-divestment efforts, others oppose J Street’s inclusion under Hillel’s umbrella on the grounds that J Street has helped bring pro-BDS speakers to campus.

Where does Fingerhut stand on J Street? He said he was “not going to speak to specific groups other than Hillel,” and re-emphasized Hillel’s mission to be “a pro-Israel group that not only supports a free and democratic, secure Israel, but that also is seeking to instill a love of Israel in the students that we work with.”

“Obviously I well understand that there will be debate within the pro-Israel community about how you best do that,” Fingerhut said. “I’ve watched the Knesset, they debate. The Israelis debate all the time. In college campuses…students are wanting to hear various sides of different issues, but all of it, within Hillel, would be within the context of a love of Israel, an unequivocal support of Israel. And so any students and organizations who subscribe to that will be welcome, those who don’t are not. It’s that simple.”

Hillel, founded 90 years ago, has grown to more than 550 locations at colleges, universities, and communities across North America. Fingerhut said there are “enormous similarities” between his roles at Hillel and the state university system he oversaw in Ohio.

“A university system is a large, sprawling, decentralized organization,” Fingerhut said. “In the case of Ohio, it had 14 public universities, 23 community colleges, each having their own faculty senate, their own board, their own administration – and yet the chancellor of the system was expected to lead with a clear vision, to ensure quality across the system, to address problems when they arose on individual campuses.”

What Fingerhut said he discovered as chancellor of the Ohio Board of Regents was that his task “required a certain kind of leadership style that I possess, that it’s about persuading people that we are better off or stronger… when we work together as a collective whole, when we work together as a system, than when each individual works separately.”

Fingerhut said his legislative years would also translate well to his new role leading Hillel, because they gave him experience with building coalitions – something he feels is important for Hillel to do with campus groups outside of the Jewish community. Over the course of ten years in Ohio’s state senate, during which he served with the minority (Democratic) party, he said he was considered a successful officeholder specifically because of his ability to put together coalitions.

Hillel needs to similarly build coalitions on campus, he said, “because we are a minority, that’s the reality of the Jewish people.” 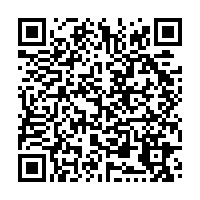