If you had come to Israel from Plonsk, Poland in the early 1920s and were looking for your good friend David Grün, you would have had a problem because David changed his last name to Ben-Gurion. Of course, eventually you would have caught up with him when he became a public figure and then the first prime minister of the fledgling State of Israel. But re-establishing ties and researching family tree roots became a more challenging matter in the past century as people moved around or escaped hostile governments, became refugees, or anglicized, Hebraicized, or changed their names all together, upon moving to America and Israel in an effort to modernize or reinvent their identities. Even if you kept your original name, the various spellings possible in the language of your new culture (or old culture) would have made it difficult to know by which name to search.

This is, of course, not solely a result of persecution; it is a biblical tradition. God changed Abraham and Sarah’s names by adding a letter to them. Moses, who had two names (one bestowed on him by his Jewish mother and one by his adopted Egyptian mother), changed Joshua’s. Yitro had seven names and God is known by 70. The Jewish people as an entity were also variously called Ivrim, Bnei Yisrael, and Yehudim.


My family name was originally Zalcman and various family members have altered the spelling, with one of my father’s brothers changing the name altogether.

I was typing a memoir for a Holocaust survivor and she described her search for her family in Russia and Poland, a search hindered by a lot of bureaucracy and the lack of proper record keeping. When she was, in the end, assisted by some helpful officials, it was difficult to track down her relatives as their names had many possible spellings and involved both patronymic as well as matrilineal surnames.

Simmy Allen, head of the International Media Division of Yad Vashem, says that there are 300 various spellings, variant names and diminutives for Yaakov. Allen explains that Yad Vashem has a system of algorithms and methodologies developed by Dr. Alexander Avram, Director of its Hall of Names, and an expert in dissecting and devising methodologies, for identifying names. By using them, Yad Vashem has helped to identify close to 4.7 million Jewish victims whose names are currently in their database. This makes it possible not only to discover information about relatives who perished in the Holocaust, but to reunite, often many decades later, siblings and other family members who were believed lost. And Yad Vashem has many heartwarming stories on their site of doing exactly that.

“These algorithms employ special search mechanisms which maximize search results for greater accuracy,” says Allen. The database contains first names, last names, and place names in almost every permutation known. It utilizes the Hebrew alphabet for names in Hebrew and Yiddish, the Cyrillic alphabet for names in Russian, Ukrainian, Serbian, Bulgarian, and Latin-based characters for any language, to produce quick, easy and accurate results.

As a freelance editor, living in Toronto, Farla Klaiman has worked on many memoirs, including those of Holocaust survivors. That involves no small amount of research, including identifying family and place names, both the ones used at the time of the person’s birth, and the names as they are known today. With so much movement of borders and districts under different authorities with different languages, places often have multiple names and various spellings of the same names.

Klaiman is also careful to make sure that names are consistently spelled the whole way through each memoir. What’s challenging, however, is that sometimes three family members will have the same name, each one spelling it differently.

“In one memoir, there were three people named Sigmund, each with a different spelling,” she says. One was a prominent doctor in a major city, which helped in finding the correct spelling. Another was mentioned in a Yizkor book, a memorial book in which survivors of different shtetls would record the history of the town and a list of names of people who had died or been killed during the Holocaust.

Internet sources, such as the website jewishgen.org and www.yadvashem.org provide helpful information. Klaiman has also referred to the Encyclopedia of the Holocaust, a four-tome reference book by Israel Gutman.

Right after the war, however, all this technology and information was unavailable, which is why Yad Vashem was founded in 1953 and why Dr. Avram began working on his algorithms in 1995.

Dr. Alexander Avram, a native of Bucharest, Romania, studied philology at the University of Bucharest and Hebrew University and has a PhD in the History of the Jewish People from Bar Ilan University. He himself speaks seven languages: French, Spanish, Italian, Romanian, Portuguese, Hebrew and English and reads some more. He created a dictionary of variants available only at Yad Vashem, imbedded in a database that can help people find their relatives. Much of the documentation in the database was provided by pages of testimony from surviving relatives and their descendants. Some families are not represented on the database because there was no one left after the Holocaust to give testimony.

The scale of the task becomes evident when I ask Dr. Avram to give me an example of a common name. He says that Berkovitch has 200 variants, with dozens in Yiddish alone, and Yad Vashem tries to incorporate every spelling in every language into its database.

Place and language aren’t the only factors influencing spelling of names. Dr. Avram gives me the example of a Polish Jewish family name, Jabłko, which means apple. One part of the Jabłko family immigrated to France. Because in Polish Jabłko is spelled with the letter “ł” resembling the letter “t” to an untrained eye, immigration officials changed the name to Jabtko. So the French part of the family later looked for relatives with the last name Jabtko, but the Polish end of the family had still kept the original spelling and it was up to Yad Vashem to determine whether this was indeed the same family.

Although the survivors of the Holocaust are dying out (though amazingly living very long lives, baruch Hashem) Avram says, “This mission will continue into the future for many years. We will keep working until we get to the very last name.” However it may be spelled. 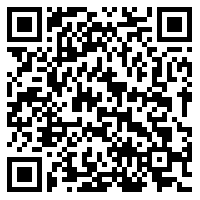