Inevitably, everyone is claiming the high ground after the Red Hen restaurant in Lexington, Virginia, insisted that Sarah Huckabee Sanders vacate the premises.

“This feels like the moment in our democracy when people have to make uncomfortable actions and decisions to uphold their morals,” proclaimed owner Stephanie Wilkinson in her interview with the Washington Post.  A noble sentiment indeed, except that her explanation of events makes her decision sound like one of expedience and ideology rather than courage and principle.

“Tell me what you want me to do,” Ms. Wilkinson said to her staff moments after Ms. Sanders and her party of eight were served their appetizers. “I can ask her to leave.”

So let’s get this straight: the owner credits herself with heroism for making herself uncomfortable to spare her employees discomfort by refusing service to someone with whom they disagree.

This is not moral leadership.  This, in microcosm, is what Alexis de Tocqueville called tyranny of the majority – the exploitation of consensus to legitimize injustice.  The fallacy of relying on popular opinion as a barometer for morality and ethics is clearly evident from this generation’s perpetually oscillating definitions of right and wrong.

Or, as Robert A. Heinlein quipped, “Does history record any case in which the majority was right?”

Predictably, it didn’t take long before the Twittersphere reverberated with comparisons between the Red Hen and Masterpiece Cakeshop.  If the Supreme Court permits a cake maker to refuse providing service to a gay wedding, their reasoning goes, certainly a restaurateur can refuse service to patrons who are party to immoral government policies.

But they’re wrong on multiple counts.

If the cake shop had denied service to customers because of their sexual identification, that would have been discriminatory.  But that’s not what happened. Instead, the owners defended their right not to participate in a ceremony celebrating a lifestyle anathema to their religious beliefs.  To equate the two cases is to eliminate the critical distinction between principle and prejudice.

Even more corrosive is the argument that if they can do it, we can do it.  This may be age-appropriate reasoning for the kindergarten playground, but not for the arena of political debate.  If you want to claim on principle that a court ruling is immoral, you certainly have no license to invoke that same ruling to defend your own actions.  To do so makes a mockery of civil debate and erodes the foundations of morality.

That erosion is evident everywhere we look.  Most recently, news outlets reporting on the conditions of illegal immigrants offer such wildly disparate accounts that they might as well be covering different hemispheres.  And if the facts don’t matter to journalists whose job it is to report those facts, why should facts matter to opinion writers charged with interpreting them?

THE ALTAR OF IDEOLOGY

Back in 2016, David Gelertner wrote in the American Standard that liberalism has become the new religion of the political left.  If we’re going to be honest, we have to acknowledge that conservatism has similarly become the religion of much of the political right.  And once an ideology acquires the authority of religious dogma, all who disagree are heretics, and all heretics must die.

Justice Louis Brandeis warned of this when he said, “We must be ever on our guard, lest we erect our prejudices into legal principles.”

When we willfully misrepresent facts and indulge skewed logic, it doesn’t matter whether we are on the right or on the left, whether we are right or we are wrong.  To disregard truth, even in defense of justice, is to promote a culture of intellectual and moral dishonesty, with the only foreseeable outcome one of mutually assured societal destruction.

If we truly believe that our cause is just, we have to trust that facts and reason will eventually prevail.  We must demand honest reporting, coherent debate, and civil discourse from journalists and pundits on both sides – and especially from ourselves.

King Solomon says, The way of every man is right in his own eyes. And therein lies the danger. If we want to change our world for the better, we have to conduct ourselves in a way that communicates respect and sincerity to those with whom we disagree. By doing so, we take a determined step forward to find solutions to our collective problems. 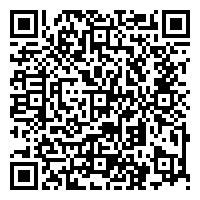