I cannot speak for him or predict the future. But I will go out on a limb here and say that Jonathan Rosenblum will apologize to Rabbi Dov Lipman. He is an honorable man of great integrity and will not let religious politics get in the way of doing the right thing.

In what can only be described as a justified reaction, Rabbi Dov Lipman responded in a Times of Israel article of his own to  all of Jonathan’s assumptions and accusations in his Yated ‘hit piece’. I think it was masterful  – if a bit harsh. But understandably harsh. He was hurt and insulted. At the end of that article Rabbi Lipman asks for an apology. I believe he will get one.


The only real question to be answered here is why did Jonathan do this? Why the harsh accusatory and derogatory rhetoric? I have to assume that his environment is responsible for that. The angry hateful rhetoric about Yair Lapid and Dov Lipman coming out of the Charedi world is filled with exaggeration and falsehood. It becomes difficult for anyone in that world to separate truth from fiction – fact from fantasy.

I understand the Charedi anger. What is about to happen to them is unprecedented. If all goes forward as planned – it will change the face of the Charedi world in Israel… to look a bit more like the Charedi face in America.

The Charedi rabbinic leaders in Israel who are not accustomed to these American standards are afraid of them. Why are they afraid? One can find the answer to that in Jonathan’s article. The rhetoric they use about Yair Lapid and Dov Lipman is the same kind that their rabbinic predecessors used about Czarist Russia and the Maskilim who collaborated to strip Judaism from the Jews.  They see the same thing here

They see the same insidious track  – a slippery slope of at first installing harmless subjects into the Charedi curriculum and then later adding not so harmless subjects thus slowly weaning Jews away from Judaism. Yair Lapid equals the Czar.  Dov Lipman equals the Maskilim.

Why do they not realize that things are not quite the same here and now as they were there and then? As I’ve said many times, they tend to focus only on their own Charedi world and have reactionary responses and feel the very essence of Judaism is being threatened when forces outside their world become involved. They do not bother to listen to explanation of people from the outside – even Charedim whom they feel have betrayed them.

Jonathan lives in that world, too. He of course knows that things are not quite the same now as they were then. And he is very aware of the problems in the Charedi world. But when one is so immersed in that culture it is almost impossible not to occasionally get caught up in the rhetoric. It has become almost an article of faith to look at any attempt at change that does not come from within as having evil intent. No explanation in the world will be granted any legitimacy.  They will not listen to it. The minute one tires to effectuate a change from the outside – it’s Czarist Russia all over again.

Why do I think Jonathan will respond with an apology? Aside from the above mentioned fact about his honor and integrity – he has proven himself by having done it before. And in a way that took a lot of courage.

A few years ago on Erev Yom Kippur Jonathan called Rav Aharon Rakeffet and apologized to him for a similar dressing down in another article.  After reading a critical post I had written about it – he realized his error, and did the right thing.  He even went to the trouble of letting me know about it. I truly admire a man who can admit his mistakes.

It is my sincere hope that at the upcoming RCA convention where both Jonathan Rosenblum and Dov Lipman were invited to speak – that they will be able to interact at length and learn to respect each other.  Both men are high minded, idealistic Bnei Torah with similar goals – if not similar methods. 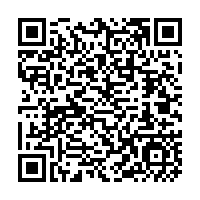