As a result of the closure of many underground tunnels into Gaza, smuggling of weapons into Gaza by sea is on the rise, The Israel Navy thwarts many smuggling attempts into Gaza. Navy soldiers have noticed that one thing is missing: no vessels have arrived with medicine or humanitarian goods.

The security situation between the sea and the shore that surrounds the Gaza Strip is complex. Any change that happens on land can be felt at sea – whether it arises from local escalations in violence, like the rockets fired at Israel last week, or from regional changes, such as smuggling attempts from Egypt into the Gaza Strip.


Lt. Col. Eli Soholitzky, the commander of the squadron in charge of security in the Gaza Strip, explained that ever since two rockets were fired from the Strip at Israel, the sea has been storming with tension. “We are not seeing a change in the actions of the Gazan ships, but we are aware of the coming threats,” he said.

In the meantime, there has been significant growth in the number of smuggling attempts into Gaza from the sea in recent months. “There are several smuggling attempts that happen each week,” Lt. Col. Soholitzky said. “Naturally, as the process of closing tunnels from Egypt to Gaza becomes more efficient, the smuggling attempts by sea increase.” For many hostile infiltrators, the sea has become their alternative route. “It’s like a pressure cooker. It’s waiting to burst. When you close one opening – the pressure goes to the other one,” said Lt. Col. Soholitzky.

At the top of the list of items smuggled into Gaza is various types of weapons, such as rocket systems and firearms, says Lt. Col. Soholitzky. Some smuggling of construction materials, oil and contraband, like drugs, have been documented as well. The items smuggled in cover a broad range, but there is one category missing: “We haven’t caught any vessels with medicine or humanitarian items,” he said.

Due to the rising naval threat, the importance of each navy soldier to security is rising. “We have to work much more intensely,” said Lt. Col. Soholitzky. “After all, we are the only ones left patrolling Gaza after the disengagement. We are at sea 24/7, ready on a moment’s notice for any mission.” 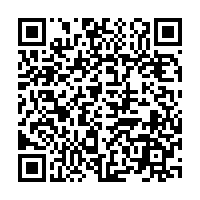