I have spent the past 36 hours giving you as much information as I can about the attacks in the South, but what now? Here is my suggestion. Feel free to share it.

We left Gaza 13 years ago. We ripped out Jewish families from their homes, we dug up the Jewish dead and handed the area over to those who seek our destruction in some fantasy idea of peace. This expulsion and self-mutilating move energized the terrorists and destroyed Israel’s deterrence.

Hamas told their population that they succeeded in forcing mighty Israel to run. Now, you might say we didn’t run, we left, but it really doesn’t matter what you think, it matters what they believe!

The result of the expulsion was a major blow to our deterrence and boost to Hamas that resulted in 80% of Gaza’s population voting for Hamas.

Israel threatened that we would allow Hamas to run in elections, but we did that red line was trampled and our deterrence was stripped again and their motivation boosted.

Just like in the Oslo betrayal, we drew a red line and said if one rocket is fired we will destroy them… Hamas trampled over that red line as well and Israel did nothing.

Once again, our deterrence was sunk to a new low and their motivation boosted.

We completely lost control over Gaza and their motivation and power grew like a fungus that feeds off Israel’s ridiculous suicidal empathy for enemies.

They dug terror tunnels and we ignored it!

They imported and built missiles and other weapons and we ignored it!

We kept telling ourselves that we are stronger and they can’t really threaten us and yet the majority of Israel is now under missile threat from Gaza and Jews are running for their lives.

Hamas, together with the world, demanded that we stop the targeted assassinations of terrorists and we agreed!

They are now safe to flex their muscles in front of their supporters and we have 15 seconds to get to a… BOOM! Sorry too late!

They kidnapped Gilad and succeeded in running circles around the Israeli security forces for 5 years!

We had no clue where he was and we made believe it’s all OK… and then made believe that giving in to terrorist demands and releasing 1,000 terrorists was some kind of heroic act… and our deterrence sunk and their motivation was boosted.

Don’t give in to terrorist demands! Remember Entebbe?!

Over 15,000 rockets fired at Israel and we make bold statements…”if you shoot one more time, we will be forced to…”
TO WHAT?! Have a cabinet meeting and agree to a ceasefire so Hamas can reload? Bomb empty warehouses?

Say the words, return to Gaza and the majority of MKs will laugh at you…Instead, we shoot at empty warehouses and sand dunes in Gaza and hope we scare them?

Our deterrence is gone and sends a very dangerous message to the other countries around us who seek our destruction.

Two IDF soldiers and a civilian are being held by Hamas and we continue to supply water, electricity and aid to those hold them…?
SHUT THE FAUCET AND FLICK THE SWITCH!

They want it open? Give back our boys or you get nothing!

Suicidal empathy for our enemies and cruelty to our own!

180 rockets shot at Israeli towns and we are attacking tunnels and weapon warehouses that should have been destroyed a long time ago!
We REACT because Hamas dictates the terms.

It’s not because we can’t gain control, we choose not to and think it’s a sign of strength.

We supply aid to the hospitals in Gaza and Hamas laughs and uses the aid to send explosives and firebombs over to Israel!
It’s only kites, we said and we allow for millions of dollars of damage and the destruction of land the size of 200 Disneylands because “We can’t shoot people sending over firebombs”, right?

WHY THE HELL NOT?

Jews are running for their lives, Hamas is flexing muscles and Israel is hesitating to do what can and should have been done after the first rocket was fired 13 years ago!

Did someone say NEVER AGAIN?

Then, we did not have a choice, now we choose to become the victim and make believe it’s a badge of honor and expect the world to pat us on the back and say, good job Israel… The only thing the world will pat is the dirt on our graves! They don’t care!

There is only one way to fix the damage and return Israel’s deterrence. Don’t give ultimatums, don’t make empty threats. ATTACK! AND DO SO RIGHT NOW!

Stop demanding our enemies respect us, MAKE SURE OUR ENEMIES FEAR US!

Stop making ceasefire deals and instead make sure they cease so they CAN’T fire!

Stop being reactive and start being proactive!

Stop feeling bad that we have the power to stop those who seek our destruction!

The goal should not be to return quiet to the area, but rather to totally eradicate Hamas, take control of Gaza and rebuild Gush Katif. Don’t do so as an act of revenge but as rectifying a horrific act of self betrayal and sin.

For those of you who dismiss this as radical, is it as radical as kicking Jews out, giving guns to Arafat or handing over power to Hamas or are those virtuous acts for peace?

Support a national bill that is proud of the fact that the land of Israel is the indigenous homeland of the Jewish people!

Stop giving in to our enemies demands and stop accepting their fabricated national narrative!
Stop stuttering, stop hesitating and stop apologizing for our historical, national and religious rights to the land of Israel, ALL OF IT!

Stop kicking Jews out because you are worried about our enemies fabricated claims and start defending the Jewish right to the Land of Israel because it’s the historical, national and religious truth!

Stop calling it the West Bank, It’s Judea and Samaria!

Stop arresting Jews who pray on the Temple Mount and start kicking off those who threaten our religious rights and freedoms.

Stop appeasing the terrorists. Destroy them!

Until we stand up and clearly claim our rights, we cannot expect the world to do so for us.

When we start believing in our truths more than they believe in their lies, we won’t need an Iron Dome! 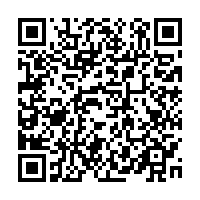