The New York Times’ assessment of the massive fires that had erupted all over Israel in the previous 48 hours was summed up in these striking opening sentences of Isabel Kershner’s report this past Friday:

Parts of the port city of Haifa in northern Israel were ablaze on Thursday as wildfires raged through the country for a third day, devouring forests, damaging homes and prompting the evacuation of tens of thousands of people.
Asked how long Haifa was likely to be battling the blazes, Mayor Yona Yahav told reporters, “This is a question that has to be referred to God.”
Israeli officials said the fires had been fanned by unusually strong winds and made worse by a dry atmosphere, but they also said they suspected that many of them had been caused by arson and negligence. Dozens of people have been slightly affected by smoke inhalation, but no serious injuries or fatalities have been reported.
[“As Wildfires Rage, Israel Suggests Arson and Asks for Foreign Help“, New York Times, November 24, 2016]

For us, the tone of that piece was set by “Israel Suggests Arson” in the headline and the words we have bolded above: “slightly affected by smoke inhalation, but no serious injuries…” Knowing the scale of the massive blazes and which places were – and which were not – affected makes the wording appear especially shabby. It goes on to make mention of Israeli concerns, articulated by the government minister in charge of public security, Gilad Erdan, that

“the professional assessment was that almost half the fires were the result of arson.”

For many, the details of that professional assessment might have been something worth knowing. But even though Erdan is quoted further down, none of his views as to how or why the government’s people formed the view that arson has played a serious role are stated.

What is stated, in a style that we have come to expect from news channels that share the New York Times approach to the Arab/Israeli conflict, is a restatement of the familiar Palestinian-Arabs-as-victims refrain:

Arab leaders in Israel protested the widespread allegations that Palestinian nationalists were behind many of the fires, saying their land was burning, too, and they condemned what they viewed as unfair accusations against Israel’s Arab citizens, who make up about a fifth of the population. Ahmad Tibi, a veteran Arab lawmaker in the Israeli Parliament, wrote on Twitter: “I called Yona Yahav. Our homes are open to the evacuees. Sad and painful. Let’s join hands to overcome the fire and let’s also douse the flames of incitement. [NYT]

It’s now early Sunday morning, and those fires and the price paid by Israeli society are very much in the news here. Much less reported are the very widespread sounds of celebration from right across the Arab world, particularly via the social media.

On Friday we Tweeted [here] a link to a Twitter search of the Arabic words for “Israel burns”, calling the many ugly posts a “glimpse into the hatred at the core of the generations-long confrontation of the Arab world with Israel“. We also noted [here] that although the search results were all in a language most of our readers probably don’t understand, “No Arabic language skill needed to absorb what’s in the air“.

Here’s a situation update [Sunday November 27, 2016 at 2:30 am], with direct quotes from various sources. Note that the New York Times’ choice of descriptor – the word “slightly” – somehow doesn’t appear even once in any of these reports:

And entirely as expected

Those “Israeli-Arab politicians” don’t refer to a past history of arson as a tool of Palestinian Arab terror. But Elder of Ziyon does: see his excellent commentary along with newspaper clippings in a Friday post [here]. 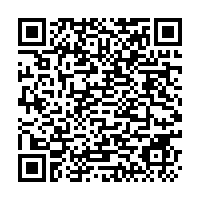