With the Turkish Prime Minister Recep Tayyip Erdogan’s numerous anti-semitic statements, one often forgets that relations between the Jewish people and the Turkish nation used to be very different. However, there was a time in history when Ottoman Turkey, the predecessor of the Turkish Republic, was a safe haven for the Jewish people, while certain nations in Christian Europe were massacring, issuing blood libels, torturing, expelling, and discriminating against their Jewish populations.

The Jews of the Byzantine Empire were heavily persecuted, especially after Christianity was declared to be the official religion by Theodosius 11 (408 – 450), who excluded Jews from the basic rights of citizenship and prohibited the building of new synagogues. His successor, Emperor Maurice, was even worse. He transformed all synagogues within his empire into churches and forcefully converted Jews to Christianity. The situation deteriorated even further as the Byzantine Empire declined.


Thus, when the Ottoman Turks captured Bursa in 1324, they discovered a heavily oppressed Jewish community. The Jews of Bursa treated the Ottoman Turks as their saviors. Sultan Orhan gave the Jews who previously couldn’t build synagogues permission to build the Etz Ha-Hayyim (Tree of Life) Synagogue. Indeed, the liberation of the Jews of Bursa in 1324 from the yoke of the Byzantines represented the beginning of the Turkish-Jewish friendship.

Starting in the early 14th century, Jews fleeing oppression began to settle in the Ottoman Empire. Ottoman Turkey thus became the home to Jews expelled from Hungary in 1376, from France in 1394, and from Sicily in the early 15th century. In the 1420’s, Jews living under Venetian controlled Salonika also migrated to the Ottoman Empire. In 1453, Sultan Mehmet II started to actively encourage Jews to settle in Ottoman lands. He issued a proclamation to all Jews stating, “Who among you of all my people that is with me, may his G-d he with him, let him ascend to Istanbul, the site of my imperial throne. Let him dwell in the best of the land, each beneath his vine and beneath his fig tree, with silver and with gold, with wealth and with cattle. Let him dwell in the land, trade in it, and take possession of it.”

This statement was issued at a time when Jews across Europe were in great distress due to the persecutions they endured and were greatly in need of a safe haven. Thus, Rabbi Yitzhak Safarti sent out a letter to the Jewish communities of Europe soon after the Byzantine Empire collapsed completely in 1453, “inviting his co-religionists to leave the torments that they were enduring in Christendom and to seek safety and prosperity in Turkey.” Not too long after this letter was sent, in 1492, Queen Isabella and King Ferdinand of Spain expelled the Jews from their country, which along with the Spanish Inquisition that followed it was arguably one of the most traumatic events in Jewish history prior to the Holocaust.

That same year, Sultan Bayazid II issued a proclamation ordering his officials to accept the Sephardic Jews into his country. Around 250,000 Jews came to settle in Ottoman lands, with most heading towards Istanbul and Salonika, which absorbed a total of 100,000 Jews. Immanual Aboab claimed that Bayazid II asserted that “the Catholic monarch Ferdinand was wrongly considered as wise, since he impoverished Spain by the expulsion of the Jews, and enriched Turkey.”

With the arrival of the Sephardic Jews in Ottoman Turkey, the Jewish people would witness a revival similar to the Golden Age that they experienced in Spain which lasted for 300 years following the Expulsion of 1492. Rabbi Joseph Caro wrote the Shulchan Aruch, the standard code of Jewish law in Safed, Israel, under Ottoman Turkish rule. The Lekhah Dodi prayer which Jews to date traditionally sing in the Friday evening synagogue services around the world, was composed in medieval Israel by Rabbi Shlomo Alkabetz under Ottoman Turkish rule. Similarly, Rabbi Jacob Kuli’s Me’am Loez, an extremely popular Torah commentary written in the Ladino language, as well as Rabbi Avraham ben Isaac Asa’s translation of the Tanakh into Ladino, were also published under the Ottoman Turks.

Yet the Golden Age of the Jews of Ottoman Turkey expanded far beyond religious scholarship. David and Samuel Ibn Nahmias introduced the printing press into the Ottoman Empire, in 1493 when they established the first Hebrew Printing Press. Joseph Nasi was appointed Duke of Naxos, while Aluaro Mandes was named Duke of Mytylene and Salamon ben Nathan Eskenazi arranged the first diplomatic ties between the Ottoman Turks and the British Empire. Gracia Mendes, a wealthy Sephardic Jew who moved to Ottoman lands, arranged with the Turkish sultan to purchase the city of Tiberius with the intention of making it an independent Jewish city state and her plan almost succeeded. This was several hundred years before the rise of the Zionist movement. And Esther Kyra exercised enormous influence in the Ottoman courts. Indeed, Ottoman Turkey was truly “enriched” by the arrival of the Sephardim. 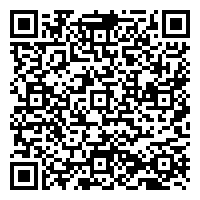