So what if a “Palestinian” girl smacks an Israeli soldier across his cheek and the soldier sheepishly walks away.

Turning the other cheek is a Jewish ideal, isn’t it?

Oh, excuse me it isn’t a Jewish ideal, just something that Jews have perfected.

So what if she spits in his face? Maybe it was really raining and we should not jump to conclusions.

So what if she kicked him and hit him repeatedly? Perhaps he was standing exactly in the path of her limbs as she merely exercised them. Besides, it was occupied territory, wasn’t it?

Anything is possible in the quest for “quiet” and favor in the eyes of the world.

So what if she repeatedly cursed the soldier?

“Sticks and stones can break my bones…” We are bigger and better than that.

Or maybe her exact words were lost in the translation and the whole thing is a mistake?

So what if an Israeli soldier (someone’s son or father) quietly absorbed the humiliation as the cameras recorded his (our) shame for the world to see?

Israel is debating this latest “incident”, and as can be expected, the well-known voices of “reason and temperance” praise the “restraint” of the soldier.

These would be the same sane voices that brought us Arafat and the Oslo blood baths , the hysteric abandonment of our allies in South Lebanon into which the Hizballah immediately entered and butchered our betrayed SLA allies and then showered Israel with rockets.

These are the same voices who expelled thousands of Jews from Gush Katif and northern Samaria and helped create “Gazastan” with its torrent of rockets and death tunnels.

The same voices urged Israel to give the Golan Heights to Assad (Rabin, Peres, and Barak, Netanyahu) in return for the dream of “eating hummus with our neighbors in Damascus”.

All of the above actions would make the world love us assuredly.

There was a time when the humiliation of an Israeli soldier was not something that would dare enter the mind of our enemies.

Some of us have become tired; before our enemy did.

They do not have the required spirit to endure.

Ehud Olmert, former PM said “we are tired of fighting, we want a country that is fun to live in.”

The enemy is not tired, He is just getting started.

I have seen and felt this change in the forty years that I live in Israel.

Apparently, I came just as the winds began to turn.

I arrived just after the historic visit of the president of Egypt, Sadat to Jerusalem where our ex-Nazi neighbor was accepted as Messiah by large portions of Israel.

An Arab leader finally smiled at us! Hallelujah! (He had the audacity to wear a tie of interlacing swastikas – probably knowing just how blinded we would be by his smile and not notice)

Nothing he said; none of his arrogant demands, could remove the smile from the faces of the mesmerized Jews.

An Arab leader is actually talking to us!

It doesn’t matter what he says.

As soon as it was possible, Israelis made a mass “return Exodus” to Egypt. It lasted until Israelis began being gunned down by the people we so wanted to accept us.

The same happened with the initial mad rush into Jordan after our peace treaty with them.

It stopped when Israelis were forced to hide anything that identifies them as Jewish for fear of their safety. In return for the King talking to us we assured them access to our precious water, agriculture assistance and the very stability of the king’s throne.

We only sought their smile but were rejected again.

What were we doing wrong?

Why are we so love starved?

Two thousand years of being spurned, humiliated and scorned may have something to do with it.

Having our own country – a strong, wealthy, free country was supposed to finally change this.

For many, it still has not.

Many frets; we do not live alone in this world…

After all, to whom can we look for our salvation…?

(It is interesting that amongst the more religious in Israel this is less of a concern and perhaps the key to the entire phenomenon).

The “Palestinian” teen slapper is a hero and an example for millions like her who view the viral u tube clip.

How much more sympathy will it win for Israel?

It has been said, “you can take the Jew from Exile but you can not remove the Exile from him.” 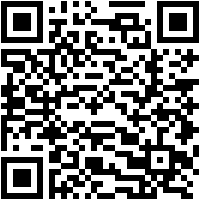