Mr. Singer indicates that Secretary Stimson “played a key role in FDR’s decision not to disrupt the mass extermination of the Jews by bombing the deportation railways to Auschwitz.”

It’s worth noting that Stimson’s undersecretary of war, John J. McCloy, was the author of the report utilized by Stimson to avoid any due consideration by Roosevelt in the matter.

It was McCloy who falsely claimed that any diversion of resources would be “harmful to the war effort” when he knew that at precisely that moment U.S. forces were bombing oil fields a mere five miles from Auschwitz-Birkenau.

The UNDC – established by New York State to facilitate New York as the host city of the UN – was chaired some thirty years prior to my arrival by the former chairman of Chase Manhattan: John J. McCloy.

Jews Come In All Colors

Rabbi Chaim Bruk’s April 7 op-ed on adopting a biracial son and living in Montana (“Raising My Son Black and Jewish in Rural America”) should serve as a reminder that the best way to combat prejudice is to be a good example for others.

As we approach the days of Mashiach, the frum community should recognize that Jews come in all colors and from many backgrounds.

I had a biracial friend whose mother is Jewish. Over time, he became observant and drew inspiration from Chabad. This led him to settle in Crown Heights, where unfortunately he kept hearing the word “shvartze” tossed around casually in conversations, as well as the occasional presumptions that he was a convert.

Although he made friends in Crown Heights, the negative experiences left him embittered. When I expressed my disagreement with some of his recent left-leaning views, he blocked me on all of his social media. I wish my friend could get to know Rabbi Chaim and Chavie Bruk. At the very least, I hope someone shared Rabbi Bruk’s op-ed with him.

The unrepentant terrorist Mahmoud Abbas has been invited to meet with President Trump at the White House on May 3. My nationwide organization, Americans for a Safe Israel/AFSI, is adamantly opposed to Abbas being allowed into the U.S. and certainly to his being welcomed at the White House.

We urge President Trump to withdraw his invitation to Abbas.

In 1996, when Abbas’s mentor, the terrorist Yasir Arafat, came to New York, Mayor Rudy Giuliani had the moral rectitude and courage to have Arafat removed from a concert at Lincoln Center.

Until Abbas changes the PLO Charter calling for the destruction of Israel, and until he stops funding hate education in the PA schools, and until he stops paying salaries to terrorists who murder or attempt to murder Israelis, it is immoral to allow him into the U.S., let alone the White House.

Abbas should be required to take concrete measures – actions, not false promises – to prove his good faith before he is treated like a dignitary worthy of being hosted at the White House.

Morton Klein accurately limned the total lack of honesty and ethics in the Palestinian world (“Truth Is Not a Political Position,” op-ed, April 21).

The utter contempt with which Arafat, and now Abbas, have treated the generous and compliant governments donating billions of dollars in financial aid to the Palestinians – more than has been accorded any other refugee population in history – should have thoroughly repulsed these governments and been the catalyst for some drastic rethinking as to whether said monetary transfers should be continued.

Abbas is an unabashed supporter of terror. UNWRA, surprisingly, offered to excise the incitement to violence and terror against Israel in its schools’ curricula. Abbas promptly overruled any proposed changes in the schoolbooks.

And of course the Palestinians have a heinous policy under which terrorists’ grievous “achievements” in the act of murder determine their reward on a sliding scale – the higher the number of victims the greater the amount of the monthly lifelong stipends for the terrorist if arrested and for the family if the terrorist is killed “in action.”

President Trump has the perfect opportunity when he meets with Abbas next week to directly confront him on these and other issues and demand real change from him and his colleagues. We can but hope and pray that he will do so.

When Black And Jewish Baseball Fans Stood Together

Major League Baseball recently honored the 70th anniversary of Jackie Robinson’s breaking the sport’s color barrier. The ceremonies reminded me of the Brooklyn Dodgers, Ebbets Field, and Hank Greenberg. It was a time that working and middle-class men and women of all ages, races, and religions commingled in the stands rooting for Robinson and his teammates game after game.

Ordinary Brooklynites could ride the bus, trolley, or subway to Ebbets Field to see their beloved Dodgers. Everyone was able to afford a bleacher, general admission, reserve, or box seat. Hot dogs, beer, and souvenirs were reasonably priced.

Just as Jackie Robinson fought racism in the 1940s and ‘50s, the Detroit Tigers’ Hank Greenberg had to do the same with anti-Semitism in his time. Greenberg was very vocal in his support for Robinson, and their relationship reflected the alliance of African American and Jewish sports fans who stood together for decades in support of each other. 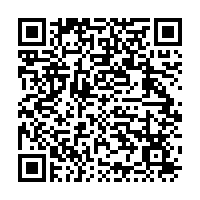