Even if the struggle against Iran and its satellites – the Asad regime and Hezbollah – means Jabhat al-Nusra’s taking over Syria and perhaps even Lebanon, the price, from Israel’s point of view, would be lower than the price that we and the Western world would have to pay if we allowed Iran to become a nuclear power. Jabhat al-Nusra is at most a tactical problem with operational aspects, compared with Iran, which is a strategic, existential threat. We must not allow the media who – rightly – always present Jabhat al-Nusra as part of  al-Qaeda, to mislead public opinion and daunt the decision makers. The real, great problem, for us as well as for the world, is Iran, and therefore we must fight with its agents in every way possible, even by supporting Jabhat al-Nusra, if this organization is the only one capable of fighting the Syrian regime and Hezbollah effectively.

This article was written in Hebrew by Dr. Mordechai Kedar for the July 26, 2013 issue of the Makor Rishon newspaper, and translated to English by Sally Zahav. 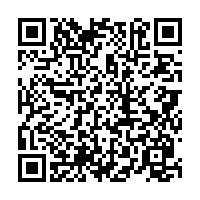