In her monthly trip to Israel and the Palestinian Authority next week, Secretary of State Condoleezza Rice is expected to criticize Israel for its announced plan to build new housing for Jews in Jerusalem. Referring to the government’s plans in a recent tour of the city, U.S. Ambassador Richard Jones said that as far as the U.S. was concerned, the fact that there is a housing shortage for Jewish families in the city was no reason to build new housing.

Building homes for Jews in Jerusalem, the ambassador intimated, is a provocative act that will endanger prospects for peace with the Palestinians. Consequently, the ambassador suggested, Jews will just have to leave the city.

“Sometimes people do have to move to a different location,” he explained. “They cannot always stay close to their families.”

Also during her visit, Rice will call for Israel to ease up on its counter-terror operations in Judea and Samaria in order to ratchet up the Egyptian-sponsored, U.S.-supported negotiations toward a cease-fire agreement between Israel and Hamas. Moreover, Rice is expected to pressure the Olmert-Livni-Barak government to move ahead with destroying Jewish communities in Judea and Samaria that have been built since 2001.

Rice will take these steps she calls for Israel and the Fatah-led Palestinian Authority in Judea and Samaria to abide by their obligations to the 2003 “road map” plan for the establishment of a Palestinian state in Judea, Samaria, Gaza and Jerusalem. She will note that such actions are in accordance with the joint Israeli-Palestinian declaration announced at the conclusion of December’s Annapolis conference.

All of Rice’s moves will come against the backdrop of intensified negotiations in Yemen between Fatah and Hamas toward the reestablishment of their unity government. That government collapsed last June following Hamas’s takeover of the Gaza Strip. It was the collapse of the unity government that enabled Rice to organize the Annapolis conference, which was based on the assumption that Fatah leader Mahmoud Abbas would fight Hamas and refuse to reunite forces with the Iranian and Syrian-sponsored jihadist movement.

Her statements will also come two weeks after it was first reported that Abbas has called on so-called Palestinian refugees to march on Israel’s borders with Lebanon, Gaza, Jordan and Syria on Israel’s 60th Independence Day; and for Americans, Canadians and Europeans of Palestinian descent to charter flights and passenger ships to arrive in Israel the same day. The stated purpose of Abbas’s plan is to force Israel to accept millions of foreign-born, hostile Arabs into its territory in order to overwhelm Israel demographically and so destroy its Jewish character.

Rice’s visit next week, then, will be a direct continuation of her last visit here on March 4. At that time, Rice forced the Olmert-Livni-Barak government to end IDF offensive operations against Hamas in Gaza. As the Israeli media have since reported, Hamas is exploiting the cease-fire to augment its control over all aspects of life in Gaza and to expand its arsenal and military capabilities against Israel.

To cite just one example, Hamas has reportedly completed its takeover of 8 out of the 22 medical facilities in Gaza. Through actions such as this, it is rendering the civilian population completely dependent on its Islamist largesse to receive basic services.

Rice’s visit comes ten days after Lt. General William Fraser’s trip to Israel and the Palestinian Authority. Fraser was appointed by Rice to act as judge of Israeli and Palestinian compliance with the road map in accordance with the Annapolis declaration. Fraser’s visit was boycotted by Israeli Defense Minister Ehud Barak, who absented himself from the meeting with Fraser and Fatah Prime Minister Salam Fayyad due to the overtly anti-Israel positions adopted by Fraser and his colleagues during Rice’s visit. Fraser reportedly attacked Barak and the IDF for scuttling his plans to expand Fatah military control over Judea and Samaria by insisting on fighting terrorists in the areas.

Fraser, like Rice, attacks Israel while stubbornly ignoring clear evidence of Fatah involvement in terror and Abbas’s open radicalization in the lead-up to the March 29 Arab League summit in Damascus where Fatah and Hamas leaders are expected to announce their efforts to reinstate their unity government.

Rice’s heavy-handed policy toward Israel amounts to a betrayal of Israel on two levels. First, as Rick Richman wrote last week on the American Thinker website, Rice’s current policy of demanding that Israel dismantle Israeli communities in Judea and Samaria, freeze all building activities for Jews beyond the 1949 armistice lines including in Jerusalem and the major settlement blocs, and refrain from taking any major offensive actions against Palestinian terror groups is a complete betrayal of President Bush’s signed April 14, 2004 pledge to then-prime minister Ariel Sharon.

Bush’s letter, which came after Sharon laid out his plan to destroy all Israeli communities in Gaza and withdraw Israeli forces from the region and to similarly destroy Israel communities in northern Samaria, made clear that the U.S. views a Palestinian commitment to combat terror, end incitement and dismantle terror groups and cells as the first stage of any further peace process between Israel and the Palestinians. Bush also explicitly stated that the U.S. did not think it reasonable to expect that Israel would remove itself to the 1949 armistice lines in any future peace.

In advancing the Annapolis summit, Rice openly betrayed Bush’s written pledge to Sharon, which was followed by a Congressional resolution in June 2004 explicitly approving the letter’s contents. Rice has delighted in this betrayal by claiming that the Annapolis platform broke the “tight sequentiality” dictated by the road map. That “tight seqentiality” dictated that before Israel would negotiate a final peace with the Palestinians, the Palestinians would first cease to harbor, support and train terrorists, end their war against Israel and end their anti-Israel incitement activities.

It should be noted that in betraying the word of her boss, Rice was amply assisted by the feckless Olmert-Livni-Barak government. In an effort to divert public attention from the government’s incompetent leadership during the Second Lebanon War, Prime Minister Ehud Olmert and his colleagues sought to shore up their support base among Israel’s leftist elites by renewing negotiations with Fatah.

Naively, Olmert, Foreign Minister Tzipi Livni and Barak assumed that their willingness to engage Rice’s obsessive interest in advancing negotiations would satisfy her yearning to be viewed as a peacemaker. They may have been under the impression that for Rice the negotiations are as much of a public relations stunt as they are for them. Certainly they must have expected that she would exhibit an understanding of Israel’s security predicament, surrounded as it is by Iranian proxies in Gaza, Lebanon and Syria and a radicalized Palestinian population in Judea, Samaria and Jerusalem.

Yet this was not in the cards. Rather than acknowledge reality, Rice has pushed on with her policies to the point where not only Bush’s own commitments to Israel fail to constitute a bar against her actions, human decency and basic logic have been discarded.

In her race to establish a Palestinian state, Rice has not only failed to recognize the threat posed to Israeli – and indeed to global – security by the Hamas-controlled Gaza Strip and the terror and jihad-laced Fatah movement. She has also embraced the wholly false and morally outrageous claim that the construction (or existence) of Jewish communities beyond the 1949 armistice lines is as much a threat to peace as are Palestinian terror attacks against Israelis and anti-Israel incitement at all levels of Palestinian society, both in Hamas and Fatah dominated areas.

In an attempt to preempt Rice’s expected animosity in her upcoming visit, Barak announced he would scale back IDF counter-terror operations in Judea and Samaria by taking down a roadblock and easing the travel of Palestinian businessmen and senior officials. The fact that such moves imperil Israeli security was made clear on March 18. That day, senior Fatah official and former interim PA president Rauhi Fattouh was stopped at the Allenby Bridge crossing point from Jordan as he attempted to exploit his travel privileges to import contraband into the PA. Israeli security forces seized 3,000 cellular telephones hidden in his vehicle.

Israeli officials’ continued attempts to appease Rice are not only counterproductive because of the immediate security breaches caused by such appeasement. By showing they will bow to Rice’s pressure, which is exerted in contempt of signed U.S. commitments to Israel, the Olmert-Livni-Barak government signals both to the next U.S. administration and to the Palestinians that they have no reason to abide by their word to the Jewish state. 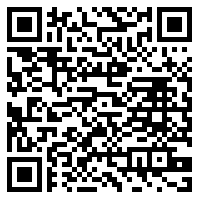