But let’s look at precisely how the White House described the U.S. policy it wanted:

In other words, a popular revolt was going to happen (I’ve seen the cables from the U.S. embassy in Tunisia that accurately predicted an upheaval), but would it succeed or fail? The Obama Administration concluded that the revolt should succeed and set out to help make sure that it did so. As for who won, it favored not just moderate Islamic forces–which hardly existed as such–but moderate Islamist forces, which didn’t exist at all.


Anyone who says that the United States did not have a lot of influence in these crises doesn’t know what they are talking about. Of course, the U.S. government didn’t control the outcome, its leverage was limited. But there’s a big difference between telling the Egyptian army to stay in control, dump Mubarak, and make a mild transition—and we, the United States, will back you—or telling them that Washington wanted the generals to stand aside, let Mubarak be overthrown, and have a thoroughgoing regime change, a fundamental transformation, to coin a phrase.

So the Obama Administration did not stand beside friendly regimes or help to manage a limited transition with more democracy and reforms. No, it actively pushed to bring down at least four governments—Bahrain, Egypt, Tunisia, and Yemen.

It did not push for the overthrow of two anti-American regimes—Iran and Syria—but on the contrary was still striving for good relations with those two dictatorships. Equally, it did not push for the fall of radical anti-American governments in Lebanon and the Gaza Strip. No, it only pushed for the fall of “valuable allies.” There was no increase in support for dissidents in Iran despite, as we will see in a moment, internal administration predictions of unrest there, too. As for Syria, strong administration support for the dictatorship there continued for months until it was clear that the regime was in serious trouble. It seems reasonable to say that the paper did not predict the Syrian civil war.

Want more evidence about the internal administration document? Here’s another article from the time which explains:

The White House had been debating the likelihood of a domino effect since youth-driven revolts had toppled President Zine el-Abidine Ben Ali in Tunisia, even though the American intelligence community and Israel’s intelligence services had estimated that the risk to President Mubarak was low — less than 20 percent, some officials said.

According to senior officials who participated in Mr. Obama’s policy debates, the president took a different view. He made the point early on, a senior official said, that `this was a trend’ that could spread to other authoritarian governments in the region, including in Iran. By the end of the 18-day uprising, by a White House count, there were 38 meetings with the president about Egypt. Mr. Obama said that this was a chance to create an alternative to “the Al Qaeda narrative” of Western interference.

Notice that while this suggests the debate began after the unrest started, full credit is given to Obama personally, not to U.S. intelligence agencies, for grasping the truth. This is like the appropriation by the White House of all the credit for getting Osama bin Ladin, a sort of a cult of personality thing. We know for a fact that the State Department predicted significant problems arising in Tunisia (from the Wikileaks documents) and perhaps that is true for other countries as well. But if Obama wants to take personal credit for the new U.S. policy that means he also has to take personal blame for the damage it does.

Now I assume what I’m about to say isn’t going to be too popular but I’ll also bet that history will prove it correct: The revolution in Egypt was not inevitable and Obama’s position was a self-fulfilling prophecy. And judging from what happened at the time, Secretary of State Hillary Clinton agrees with me. The idea of an “alternative to `the al-Qaida narrative”‘of Western interference is straight Brennan. What Obama was really saying was: Ha! So al-Qaida claims we interfere to put reactionary pro-Western dictators in power just because they’re siding with us? We’ll show them that we can put popular Islamist dictators in power even though they are against us! 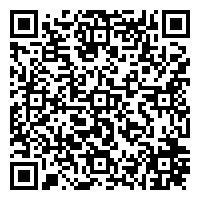