One year ago I stood with others in front of Brooklyn College protesting the university’s invitation to BDS darlings Judith Butler and Omar Barghouti. It was a disappointing protest, poorly attended and not widely covered, and it did not ultimately achieve its aim of having the invitation rescinded. But for those of us who were there we at least had an outlet for our outrage at the pernicious inroads that anti-Israel sentiments have made into an institution with such deep Jewish roots as Brooklyn College.

Still deflated by that defeat, I was not prepared for similar invitations that followed shortly thereafter. Celebrities Roger Waters and Alice Walker, openly hostile to Israel, were invited to speak at different forums at New York’s 92nd Street Y.


While Brooklyn College is famed for its plethora of Jewish professors and students, it is not a Jewish institution. The 92nd Street Y is. According to its own mission and history statement, it’s “a proudly Jewish institution since its inception.”

Fortunately, the Y retracted its invitation to Waters, perhaps after hearing that the has-been rocker had likened Israel to Nazi Germany and showcased a giant pig balloon bearing the Star of David during a concert in Belgium.

But the Alice Walker book-signing event did take place. So in between taking a class on watercolor painting, studying conversational Hebrew and learning how to scuba dive, one was able to listen to Walker, who has routinely rationalized suicide bombings, accused Israel and the United States of being “great terrorist organizations” and charged Israel with “stealing so much Palestinian land, they have essentially stolen all of Palestine.”

Not to be outdone, other Jewish institutions in New York and around the country have increasingly extended welcoming hands to notorious detractors of the Jewish state under the guise of presenting “differing views” and “open dialogue” on the Middle East.

Hillel International, whose rules prohibit it from hosting groups or speakers that deny Israel’s right to exist as a Jewish state or delegitimize Israel through BDS activities or other means, saw a break in its armor. Hillel houses at colleges like Swarthmore and Vassar spurned those rules by declaring themselves “open” Hillels, thus enabling them to encourage “unfettered” dialogue and host vociferous critics of Israel.

In the past few weeks alone the controversy continued with two of New York’s famed Jewish museums coming under heavy condemnation – but not heavy enough – for invitations to prominent writers who are fierce foes of Israel. When the Jewish Museum was forced by donors’ outrage to cancel Judith Butler’s presentation on Franz Kafka, the museum explained that “the debates about her politics have become a distraction.” Hardly an apology.

Donors to the Museum of Jewish Heritage did not fare as well. The museum cancelled an appearance by writer John Judis, whose new book questions the legitimacy of the creation of Israel, only to reinstate the invitation rather quickly. In his book of historical revisionism, Judis accuses Zionist pioneers settling in Palestine of committing “many of the sins that Western European countries had visited upon native populations.”

When confronted, museum director David Marwell attributed his quick about-face to a desire to resist the “ugly specter of succumbing to pressure and giving in to outside influence.” Funny talk from a director whose museum showcases extensive exhibits not only on the Holocaust but also on the creation of Israel.

Most shocking of all, however, was the February invitation to Rashid Khalidi, the virulently anti-Israel Columbia University professor, by Ramaz High School’s student-run Politics Society. Though the head of the school, Paul Shaviv, cancelled the talk, students circulated an online petition to reinstate the event because “it is critical that Ramaz students are exposed to different perspectives and open dialogue.”

Exactly which “perspectives” do these students want to be exposed to? To those that seek to undermine the legitimacy and security of Israel? To what end should Jews seek “open dialogue” with those who are closed to the notion of recognizing a Jewish state?

Enemies of Israel, such as those invited by New York’s Jewish schools, museums and centers, do not hide their true intentions or motives. The idea of Jews inviting Israel bashers and feebly camouflaged anti-Semites in the name of free speech should be as ludicrous as blacks inviting the Ku Klux Klan for an “exchange of ideas.”

Jews who have a problem with Jewish self-interest are, of, course, nothing new. Take any cause with an “ism” as its suffix and one will find Jews behind it, regardless of whether the cause celebrates or harms Jews. Couple the mounting tilt among liberals away from Israel with the ever-growing majority of American Jews who identify as liberal and it is no wonder that support for the Jewish state is dissipating.

Jewish pride needs to take a front seat over the politically correct notion of tolerance. After suffering from too many traitorous Goldstones, we need to hit the reset button so that the loyalty of a Scarlett Johansson’s loyalty should not come as such a surprising delight.

The lessons of the Holocaust and more recently Oslo and its resultant intifadas are too close for us to engage in discussions with our enemies when anti-Semitism, whether cloaked in anti-Israel rhetoric or not, so obviously drives their agenda. The debate over such discussions should not center on their legitimacy but rather on how to combat them – and on how to stem the proliferation of traitors in our midst.

Besides, I’m growing tired of protests. 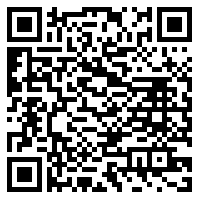