After several years as a “back burner” issue, Open Orthodoxy has recently emerged as one of the hot button topics in the Jewish community. The Moetzes Gedolei HaTorah of Agudath Israel of America and the Rabbinical Council of America have both, each in its own way, recently come down hard on the movement, as have several senior roshei yeshiva and widely respected commentators.

The Moetzes has focused on what it says is the lack of fealty to our mesorah – the Written Torah and its explication by the Oral Law and the rulings of halachic authorities over the centuries – as reflected in Open Orthodoxy’s positions on such fundamental issues as the ordination of women and women wearing tefillin.


The RCA’s stance has also been centered on the issues of ordination and tefillin. And it has for some time refused to accept graduates from Open Orthodoxy’s flagship seminary, Yeshivat Chovevei Torah, into its membership ranks.

While it seems clear that Open Orthodoxy has been definitively discredited in both the haredi and Modern Orthodox communities, there is a danger that some in the Orthodox camp will feel intellectually uncomfortable with the treatment accorded the proponents of Open Orthodoxy and urge that a more lenient and “inclusive” approach be pursued.

In our view, such misplaced indulgence would only accord legitimacy to what has now been authoritatively determined to be outside the accepted boundaries of Orthodox Judaism.

The positions of [Open Orthodoxy] leaders have espoused put them unmistakably beyond the pale of Torah Judaism, and have made them no different than the Reform or Conservative movements who admittedly deny the divinity of the Torah…. The Moetzes doesn’t issue statements to attack the Conservative and Reform movements. Everyone knows that they do not share the traditional belief in Torah. Their position vis-à-vis believing Jews is not new. Open Orthodoxy, on the other hand, in the eyes of many people is just a left-wing movement in Orthodoxy. They see it as the most liberal group in the Modern Orthodox world. This is not true.

Modern Orthodox leaders are clear about their belief in Torah miSinai. Their core beliefs are the same as those of anyone else in the frum world. But Open Orthodoxy is a movement purporting to be Orthodox while espousing the theology of the Reform and Conservative movements. That’s something the world has to be made aware of. 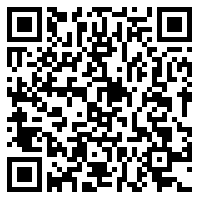