Shocking revelations last week about the lack of heat and hot water in New York City Housing Authority apartments drew calls from many officials for action. At a press conference, Queens Borough President Donovan Richards said, “We all know black and brown New Yorkers make up the vast majority of NYCHA tenants This is a prime example of a historically underserved community being completely ignored by the city.”

An exasperated Housing Court judge holding hearings on complaints from several of the tenants said, “If this was a private, small landlord he would be in jail by now.”


Conspicuous by his lack of comment, however, was New York City’s comptroller, Brad Lander, who did not take advantage of an excellent opportunity to talk about his auditing power to make sure that city agencies and their clients are playing by the rules. He was not always so reticent.

It will be recalled that two weeks before he was to enter office last January 1 as the newly elected New York City comptroller, former city councilman Brad Lander declared war on yeshivas, vowing to use the comptroller’s auditing power to get yeshivas – which are participants in several city programs – to teach a secular curriculum that is “at least substantially equivalent” to public school education. He said, “[M]aking sure that all our schools, including our yeshivas, provide education that our kids need is a part of our job…and one that I’m going to be spending time on.”

This, notwithstanding our yeshivas’ peerless tradition of rigorous training in abstract thinking, deductive reasoning, logical analysis, mathematical computation and reading comprehension. And this is to say nothing about how the curriculum could seriously intrude on the instruction time available for religious studies and, of course, the overarching right of parents to determine the education of their children, especially when it comes to their religious education.

Nor is Lander’s diffidence in wielding his auditing power limited to NYCHA’s heating and hot water issue. He doesn’t seem to be exercised about the poor quality of police protection provided to NYCHA tenants either. At least, we have yet to her from him about it.

Perhaps most interesting is that while his concern for yeshiva students is touching, how is it that he has never pledged to audit public school education to pinpoint why “Johnny can’t read”? This would have been a natural, since after all, he wants yeshivas to parrot the secular education offered in the public schools.

And if he is concerned about yeshiva students having options to make choices for themselves down the road, why has he not committed his auditing power to ensure that public school students are at least exposed to alternatives to the pro-gay, transgender, critical race theories and the Black Lives Matter disparagements of the “Western-prescribed nuclear family structure” that have been introduced into the public schools in New York City.

Nor has he said he will try to make sure that city agencies refrain, in accordance with New York Law, from doing business with companies that participate in the anti-Israel Boycott, Divestment and Sanction movement. To the contrary, Lander has said that he will not call for New York City’s pension funds – over which he holds much sway – to end their investments in companies that cooperate with BDS actions against Israel. Indeed, he recently expressed support for the infamous decision by Ben’s & Jerry’s ice cream company to cease doing business in Israel over the Green Line. He said, “Ending Israel’s military occupation is a moral imperative.”

And we can’t fail to note that he has referred to bris milah as “religious violence,” denounced the notion of Jewish nationalism, and ridiculed the “right of return” as being unduly divisive.

There we have it. So if and when Comptroller Lander launches his attack on yeshivas we should let him know that we are on to him. 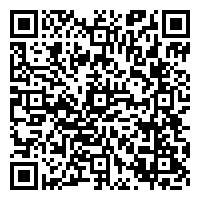