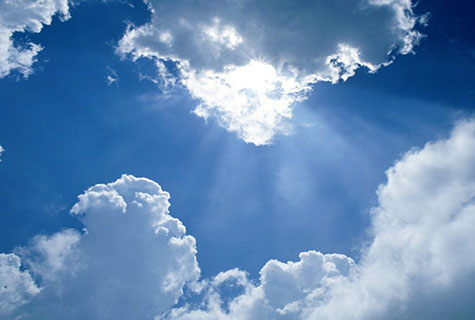 There are times when the journey toward emunah is quite long and arduous. The founder of our faith, Avraham, was not born into a home based on belief in one God but was surrounded by idols and worshippers of the sun and moon. He had to discover, on his own and through a long process of contemplation and discovery, Who controlled the universe.

As the Rambam states in the Laws of Idolatry, Avraham had no mentor or instructor. He found God on his own.

And when the newly emancipated Jewish nation was taken out of Egypt, God did not lead it on a direct route to the Holy Land but rather via a circuitous path. As a nation, the Hebrew slaves had sunk to the lowest possible level, having abandoned the faith transmitted by their forefathers. They had to re-learn what it meant to be monotheistic and also to accept an entire set of laws.

Their long journey of faith would take them through the Red Sea, the desert, encounters with enemies, and finally to Mount Sinai where God would reveal Himself and His Law. At every juncture their emunah was tested, but it was also a period of growth and maturity. Emunah was never meant to be static but rather vibrant and growing.

What was true thousands of years ago at the dawn of our history has also materialized in our own times. Many thousands of Russian Jews took to the streets of Moscow and Kiev to dance on Simchat Torah following the 1967 Six-Day War. Though under the watch of the KGB, the young generation wanted to demonstrate its faith and connection to a Judaism it knew so little about. This reawakening would grow by leaps and bounds and would bring more than a million Russian Jews to Israel in the 1990s.

Many years ago, I worked for the Jewish Agency in Beersheba as the rabbi of the absorption centers in Israel’s southern region. The director of one center was not religious at all, but even so I was surprised to hear she had no mezuzah in her home.

One morning I arrived for work and noticed an invitation to her son’s wedding on the bulletin board. At the bottom it said: “Please come dressed modestly!” When I inquired as to the meaning of this, the director explained that her son had grown up being very anti-religious. After his army service he went searching for meaning all over the world. Upon returning home, he went to the Kotel where he was approached by a rabbi who promptly invited him for a Shabbat meal. From that Shabbat on, this young man delved deeply into his own roots and discovered a treasure he never knew existed. His journey to emunah had taken him virtually everywhere, but it was in Israel that he rediscovered his religious roots and meaning.

The search for emunah has been very close to my own heart as well. Growing up in Philadelphia in a Conservative Jewish home, I knew many customs and laws (I remember my mother lighting the Shabbat candles every week) but there was much I did not know. Although our home was kosher, we would occasionally eat out at a non-kosher restaurant, which at the time did not bother me. However, as I got older, I began to question certain things, and slowly I decided I wanted to become more religious.

As my own children grew, my wife and I never imagined that any of them would choose a non- religious life. Yes, around the neighborhood we saw many who had stopped wearing kippot, stopped coming to shul, stopped keeping Shabbat. Yet we were totally unprepared for what transpired with our youngest son, Zviki. After his bar mitzvah, it became more and more difficult to get him to come to shul, even though it was only about 15 feet away from our house. He just didn’t want to be inside, and that was painful. I had come such a long way myself and loved being part of shul life – both the davening and the communal activities.