And the fact is that America’s extraordinary economy successes before Covid-19 were largely achieved by Trump.

As far as the Democratic Party is concerned, we should reject the man as well as the party. The Democratic Party is essentially out to destroy America, as Prager rightly points out. And Biden has done as much for America in 40 years as the Rock of Gibraltar has done for the Wiener Schnitzel business in Bulgaria. Putting Joe Biden into the most powerful office in the world would be like putting a lawn mower engine into a one-million dollar Ferrari!

Back to the Ghetto

Yes, we should all wear masks and attempt to stay apart from one another. But de Blasio’s restrictions by zip code and Cuomo’s restrictions by color coding are reminiscent of the Nazis’ rules about what streets Jews could live on in Warsaw. The same feelings are engendered: isolation and fear.

It’s insensitive for de Blasio and Cuomo to show no understanding of the impact of their actions and the memories they trigger.

I have never felt comfortable with the term “Orthodox” (whose origin is Greek) to describe those who are careful to observe Jewish law. I think we should use the term “Torah true” instead.

During the vice presidential debate, when Mike Pence was asked how the American people should view the recent Rose Garden ceremony at which a large group of people sat close together, mostly without masks, perhaps leading to a substantial Covid-19 outbreak, Pence basically said this:

The American people know what to do to protect their families.

In another words, don’t look to leaders for guidance or to be role models. But I thought that’s what leaders are supposed to do: Set a good example. Show us the way.

When newly-elected President John Kennedy didn’t wear a hat at his inauguration, men all around the country stopped wearing a hat. We take our cues from our president.

More importantly, when Kennedy talked about and demonstrated the importance of exercise and being in good physical shape, Americans followed him step by step, jog by jog, run by run. At my elementary school, mothers driving their children to school gave way dramatically to children walking to school.

Tragically, the ravages of this still strong pandemic could have been significantly lessened if people had worn masks and stayed apart from one another. But for the most part, the president didn’t follow these basic steps, and, sadly, too many people followed his lead.

Black Lives Matter Movement looters and vandals were treated with kids gloves while Heshy Tischler of Brooklyn was arrested for “inciting a riot.” Disgraceful and shameful.

Meanwhile, Jewish children are not allowed to go to school in Brooklyn and Queens even though parts of the Bronx have greater rates of Covid-19 than these “hot zones.” This is plain anti-Semitism.

Jews: Do not vote for any Democrat. It will only get worse if Biden wins. If you want to save our democracy, vote Republican whether you like Trump or not. 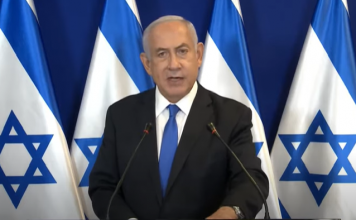 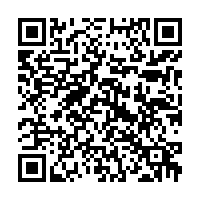