Suddenly, much of the world seems to have woken up to the fact that Palestinian Authority President and Fatah Party Chairman Mahmoud Abbas a/k/a Abu Mazen is an virulent anti-Semite.  In a vile speech to the Palestinian National Council, Abbas invoked the canards that Europeans persecuted Jews not because of their religion, but rather their social function related to usury and banking, and that Ashkenazi Jews came from Khazar, with no relation to the Middle East.  Abbas trampled on and ignored established history and the genetic mapping demonstrating Ashkenazi Jews’ Middle Eastern/Israeli origins.  Even left wing and hostile-to-Israel groups and individuals condemned Abbas’s speech, including the New York Times, J Street, former Secretary of State John Kerry, former US Ambassador to Israel Dan Shapiro, and the European Union.  (See “Palestinian leader Mahmoud Abbas Accused of Anti-Semitic Speech,” by Ian Lee, CNN, May 2, 2018.)  Many too-often-silent mainstream groups also joined in the condemnation of Abbas.

But where were all these people who are now condemning Abbas, throughout the past decades?  Why did they absurdly portray Abbas as a “peace partner” for so long, despite mountains of evidence that Abbas has been fomenting violence and hatred towards the Jewish people for the past sixty years?  Abbas’s virulent vilification of the Jewish people is nothing new.


This is the same Mahmoud Abbas who wrote a Holocaust denial doctoral thesis.

This is the same Mahmoud Abbas who arranged the financing for Black September’s sadistic torture (including brutal beatings and castration) and massacre of the eleven Israeli athletes at the Munich Olympics. (See, e.g., “Abbas: Paymaster of 1972 Munich Massacre Terrorists: Abbas is proud of his role in the Munich Massacre,” by Mark Langfan, Israel Nat’l News, Apr. 10, 2013; “Widows Reveal Gruesome Munich Massacre Details Hidden By Germany: Ahead of documentary about terror attack funded by Mahmoud Abbas, widows open up about horrific torture covered up for 20 years,” by Ari Yashar, Dec. 1, 2015.)

And this is the same Mahmoud Abbas, who via the party he leads (Fatah), has continued to hail the Munich Olympics Massacre as an “heroic operation” and “one of the most important actions in modern history.” (“Palestinian Celebration Of Munich Olympic Massacre Shows They Are Not Ready For Peace,” by Michael Oren,” Newsweek, Sept. 22, 2016.)

This is the same Mahmoud Abbas who has continued to name dozens of schools, streets, sports teams, summer camps, and public squares after terrorists who murdered innocent Jews.  He’s the same leader who honors terrorists with television specials, days of celebration and mourning, and $355 million per year of financial payments to Jew killers and their families.  Indeed, the very same week that the United States enacted the Taylor Force Act, Abbas’s Palestinian Authority published its 2018 budget showing that, in open defiance of U.S. law, the PA is continuing to make its heinous “pay to slay” payments to Palestinian Arabs to murder Jews.  (“PMW: PA Publishes New Budget; Continues To Defy US And Europe By Rewarding Terror,” by Itamar Marcus, Palestinian Media Watch, Mar. 28, 2018.)

This is the same Abbas who incited the horrendous “knife intifada” wave of terror, in which Palestinian Arabs murdered 65 innocent Jews and wounded close to a thousand innocent Jews, by broadcasting in September 2015 and repeatedly rebroadcasting Abbas’s blessings on those who spill blood for Allah, to “protect” the Al-Aqsa Mosque, and the Church of the Holy Sepulchre from being defiled by Jews’ (and presumably Christians’) “filthy feet.”  “Abbas: We Won’t Allow Jews’ ‘Filthy Feet,” by Itamar Marcus and Nan Jacques Zilberdik, Palestinian Media Watch, Sept. 17, 2015).

This is the same Abbas who, via the party he leads’ Facebook page, bragged of killing more Jews than Hamas has.  (“Fatah Brags: We Killed 11,000 Israelis: Party of Palestinian Authority Chairman Mahmoud Abbas boasts of killing 11,000 Israelis, sacrificing 170,000 ‘martyrs’,” by Hillel Fendel, Israel Nat’l News, Aug. 3, 2016.)

It’s thus mind-boggling how too many refused to acknowledge the truth until now.  Abbas’s views tragically reflect the views of the Palestinian Arabs. It’s high time to realize Israel doesn’t dare make any more land concessions or create a Palestinian state which would only strengthen the ability of the Palestinians to endanger the Jewish State of Israel. 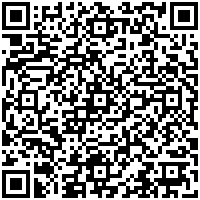