In the wake of anti-Semitism and the rising head of Islam in Europe in general, and in France in particular, there is a rising stream of immigration to Israel and the subject of aliyah is making its way to the headlines.

Obviously, aliyah to the Holy Land has been the dream of the Jewish People throughout the generations, and thank God, we can already savor the taste of the ingathering of the exiles that the Prophets spoke of. Nonetheless, we should not allow our excitement over aliyah to come on account of the Jews themselves. Mutual responsibility demands that we consider those who will remain behind because they are unable to take that step yet (and they are actually those who are weakest and most vulnerable) – and as Rebbe Menachem Mendel Schneerson warned that fleeing is liable to make the situation more serious and the leaders of the communities and their spiritual guides must remain where they are and not abandon their flock (in his words, “I begged some of those who are occupied with encouraging aliyah… that they should work their propaganda amongst the guided, and not on the guides”).


In some instances the aliyah that has been mentioned is more like emigration-fleeing that is founded on the temporary feeling that the threat of terrorism abroad is greater than the threat of terrorism in Israel. But in order to encourage true aliyah with an ideological vision, we need to reinforce the Jewish identity of the state. The Jewish heart is as yet unable to identify the State’s institutions with “the Glory of the Jewish People” and the wholeness of the Torah. This is what the Jewish heart truly hopes for in secret and this inability to identify the State of Israel with the Torah, either consciously or unconsciously, results in the reluctance to make aliyah to the Land of Israel. If the State of Israel behaves just like all other countries, sometimes like those that are more correct and sometimes like the darker countries, there is no real preference to immigrate to Israel. The more Jewish that public life will be in Israel—especially in the realms of education, law, culture, morality and society—the Jews of the world will feel more the uniqueness of the Jewish state and will be aroused to immigrate to it (where aliyah to the Holy Land also means a spiritual elevation—entering the “King’s Palace” where greater care is demanded in our Torah observance).

Similarly, the more that those who have settled in Israel will emphasize their love and affinity to the Jewish People and to the Land of Israel, it will also influence the Jews all over the world. The first expression of our love is to claim sovereignty over all the territories that are in our control. The practical expression of that relationship is by giving every Jew a portion of the land, encouraging and giving preference to Jewish labor, encouraging Jewish childbirth (“internal aliyah,” that requires encouragement parallel to that of the “Law of Return” and the “Absorption Basket”); a rectified relief policy will transform the Jewish State into an attractive target for bring Jewish people from all over the world.

An Invitation to Revolutionize Aliyah

Just as rectifying the current state of affairs in Israel is the key to encouraging aliyah, so too aliyah can be the key to rectifying the situation. To a certain extent, we might say about those who are born and bred in Israel that, “a prisoner is unable to release themselves from jail” – they are captured in the worldview that exists in the country, without even being able to see it. So, in fact, someone who arrives here from outside the country with a revolutionary mindset, is open to see the flaws in the current situation and to drive for change and rectification. 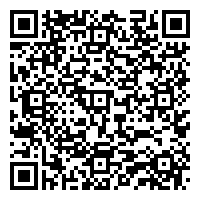