What a difference a U.S. election makes!

Israel has gone from being America’s most favored nation to being the source of much of the ills of the world. The change is the equivalent of diplomatic whiplash.

U.S. Ambassador to Israel Thomas Nides was either pandering to a far-left anti-Israel organization or baring his soul—or both—when he used highly undiplomatic language in addressing Americans for Peace Now.

It is hard to know how to begin to understand all of this. Peace Now in Israel takes some rather extreme positions, but its worldview is also tempered by the reality in which its members live. And, at the end of the day, it has a vested interest in a living and breathing Israel.

This is not necessarily the case, though, when it comes to its American counterpart, which is not burdened by any sense of accountability; it therefore can and does indulge in its utopian pipe dreams with no compunction or thought for the consequences.

It was therefore not entirely ironic that Nides let fly his comments, as he did in front of this group, for he and his government are also not burdened with the reality on the ground.

Nides’s remarks made me think I was experiencing a diplomatic horror film, where the evil villain has to be killed three times before he actually dies. In this case, the evil villain is an amalgam of Barack Obama and John Kerry with a dash of Joe Biden all wrapped into the persona of Ambassador Nides.

One hears the “reality be damned” perspective associated with the left in general and progressives in particular. The two-state solution has taken on mythical, if not sacred, proportions. It is, for starters, clearly the sole appropriate solution; in typical progressive fashion, it holds that any other approach is beyond consideration.

What a far cry from Nides’s predecessor, former Ambassador David Friedman, who not only gave Israel the benefit of the doubt, but actively rooted for the country on a deep-seated level.

What is the message that Nides is trying to communicate? It certainly is not one of empathy. Approximately 800,000 Jews live in either eastern Jerusalem or Judea and Samaria. Are they now to be regarded as the Israeli equivalent of American “deplorables”?

Perhaps they are even worse, for while “deplorables” are hopeless, settlers are actively impeding the two-state solution. It is not a major leap from “doing stupid things” to doing criminal things that need to be actively opposed through sanctions, United Nations resolutions and the forestalling of military aid.

Implicit in Nides’s take on things is that the situation is Israel’s alone to rectify. There is no agency to the Palestinians, whose claims for a state are unimpeachable, and not subject to debate.

In all of this, there is an eerie resonance of the American mindset about the Iran nuclear deal, which is shaping up as the biggest diplomatic disaster since Neville Chamberlain’s “peace in our time.”

Both Iran and the two-state solution situations are steeped in a quasi-religious conviction about the rightness of the approach—a conviction that completely resists dealing with facts on the ground, the other side’s real intentions or the larger implications of the mantra adopted by the United States.

As pundits such as Michael Doran and Lee Smith have suggested, the real American agenda is more than a distancing from Israel; rather, it is a seething resentment and opposition to Israel. Israel is increasingly shaping up as America’s scapegoat, throwing monkey wrenches into American visions for Iran, Ukraine and, of course, Palestine.

It is not at all inconceivable that perceived Israeli intransigence to American desires might result in the walking back of the pronouncements and policies proffered during the administration of former U.S. President Donald Trump: the recognition of Jerusalem as Israel’s capital, the recognition of Israeli sovereignty over the Golan Heights and most certainly the legality and appropriateness of settlements in Judea and Samaria.

The desire to re-establish a U.S. consulate in the heart of downtown Jerusalem for the Palestinians, which has been put forward and never walked back, might serve as the domino that leads to increasingly difficult relations.

In all of this, one wonders about the ability of Israeli leaders to see the American agenda for what it is, and whether they can stand up to American pressure. So far, Israeli Foreign Minister Yair Lapid, in particular, has catered to it, and seems disinclined to provide any real opposition. However, Lapid’s sympathy to progressive values will not avail him once the Americans start making more insistent demands for concessions and self-destructive policy initiatives.

Nides has clearly signaled that he is not interested in winning friends among Israelis. In the grand tradition of the American left, he is in Israel to save it from itself.

It is important for Israel’s leadership to see the situation for what it is and be willing to stand tough in defense of consensual Israeli values and policies. 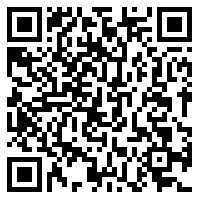