The massacre at Kehillat Bnei Torah in Har Nof that left four widows and twenty-four orphans will never be forgotten. Whether or not we personally knew the four kedoshim or their families or the wounded, Am Yisrael is one family, and we are all filled with excruciating pain and sorrow.

The kedoshim, whose sheloshim we mark this week, were extraordinary men who loved Hashem, had great yiras Shamayim (fear of Heaven), and were known for their chesed (kindness) to all. And each was devoted to his family.


We believe everything that happens is part of a just and good Master Plan. As Rebbetzin Bashi Twersky, the wife of one of the kedoshim, said: “We don’t have questions. If we’d have questions it’s questions of two thousand years…. My husband died in holiness and purity, in tallis and tefillin, after Shema Yisrael and in the midst of Shemoneh Esrei.”

As a resident of Har Nof, I’d like to share some aspects of the tragedy that may give us a wider, higher perspective on what happened. There was (and is) mourning and heartache, but also much chesed and many miracles.

Rabbi Rubin of Kehillat Bnei Torah said at the levayah: “We must strengthen ourselves in emunah. We must internalize the knowledge that nothing is by chance, nothing is without purpose and meaning. Each of us must look inward and ask: ‘What can I rectify?’ Each one of us must make some small yet powerful change.”

The widows of the kedoshim asked people to take on something good for the sake of Am Yisrael. Doing so, they said, will be a merit for the neshamos of those who fell and for the refuah sheleimah of those who were injured.

They spoke and wrote of the need for ahavas chinam, unconditional love, among Jews: “With tears and hearts broken over the blood that has been spilled, the blood of our martyred and sanctified husbands, the heads of our homes, HY”D, we turn to our brothers and sisters…to stay united so as to merit compassion and mercy from on High. We should take upon ourselves to increase love and brotherliness between man and his fellow man, between our various communities and among different sectors of society…. Doing so will be a great merit for the souls of our husbands…”

Each of us is being called upon to actively respond to the terrible tragedy by using our unique gifts of emunah, tefillah, and good deeds, as well as by increasing our level of mitzvah observance, to help bring about the Geulah Sheleimah. In the words of Rav Aharon Leib Shteinman, “Every individual has to learn from this to strengthen himself as much as possible in Torah and yiras shamayim. HaKadosh Baruch Hu will help so that there will be no more sorrow.” 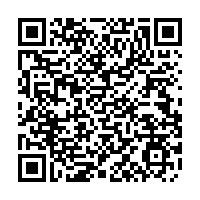