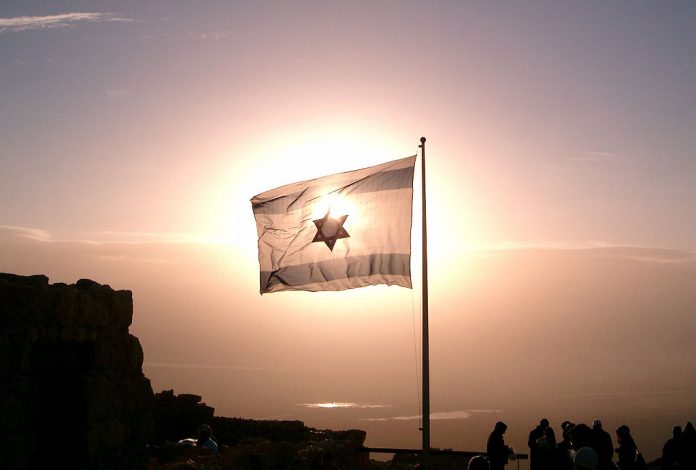 With Yom Kippur just a few hours away, many people have requested that I write a special article in honor of the awesome day that is approaching. On Yom Kippur – and every other day throughout the year – we as individuals and us as a nation must connect to our Jewish identity. We must embrace that identity, welcome it into our homes/businesses, pass it to our children and wear it on our bodies. Simply put, there is no Jew, nor is there a Jewish Nation without a strong and proud  Jewish Identity.

While that is true, allow me to focus the rest of the article on a key issue that is becoming worse each day. Everyone seems to be complaining about politics (and there’s good reason for that!) but I want to take a break from that world in order to focus on something far more important. How easy it is to complain about Donald Trump and Joe Biden, Boris Johnson and Jeremy Corbyn, or Bibi Netanyahu and Benny Gantz while avoiding the one person we can actually change. Therefore, for the next 873 words, let’s stop complaining about every person under the sun and focus on what Yom Kippur is all about; being honest with… ourselves!


Friends; let’s get right to the point. For the first time in my life I’m worried because I’ve noticed a recent trend that is very troubling. On one hand, there are more Ba’alei Teshuva than ever before in Jewish history but on the other hand I am witnessing a large number of religious Jews going the wrong way… and I’m not referring to the youth… I am talking about adults leaving the way of Torah and Mitzvot. In the last year alone, quite a few people who I know personally – most of them married with children – have walked away from a Torah way of life. Why is this happening and what can we do to stop this from becoming an epidemic?

The first thing to understand is that it never happens overnight. A religious 35-year-old man, with a wife and 3 children, does not wake up one day and stop putting on Tefillin. A religious 28-year-old woman, with a husband and 2 children, does not suddenly decide to go to McDonalds for lunch. This was a process and we need to be able to recognize it and deal with it immediately, before it gets too late.

Although there are always exceptions, in the overwhelming majority of cases, the downward trend started when Torah learning was replaced by Netflix. When that happens and Torah study is no longer the priority in one’s home, things begin to slip. The “modern Orthodox” Jew becomes more and more modern while less and less Orthodox. He stops attending morning minyans on a regular basis and she changes her hair covering from a hat to a ribbon. He wears weekday clothes on Shabbat and she starts wearing pants outside the house. In short, instead of moving forward, they are both driving in reverse.

I remember hearing that from Reb Noach and when I thought about it, I realized that it’s even worse than what he said. If an adult does not move ahead in life, he will ultimately slip and fall backwards. There’s no way around it. If you are not increasing your Torah learning, not adding things to your frum life and not connecting to Hashem more each year then you will definitely – without a doubt – wind up decreasing it.

I took the lesson of Reb Noach very seriously and constantly tried climbing higher and higher. I started by growing a beard. There’s no halacha about this but it just made me feel more Jewish and in some weird way helped in my “Avodas Hashem”. I then started wearing my tzitzit out and then, way back in 1988, I did something that was extremely uncommon; I joined the blue team and started wearing “techelet”. Over the next 3 decades I began standing during layning (helps cut down on  the talking, by the way), added payot to my beard (I never realized they were a set), started wearing a special garment and white gartel on Shabbat (and still get weird looks) and recently stopped bringing newspapers into my house on Shabbat. I am not telling you all this because I am a Tzaddik – I’m far from it! I’m just giving you small examples of what I did to increase, to grow and to come closer to Hashem in what made me feel comfortable.

As I look around at my friends and neighbors, I see that if they don’t do these simple things, they ultimately wind up losing what they already had. Just like my small things helped move me closer to Hashem, small negative changes move one away from Hashem. Please don’t say “it won’t happen to me”… because it will! Just like a small hole turns into a big one, if not repaired right away, a small decline in Torah observance – even something very small and seemingly insignificant – will grow and quickly become out of control.

Therefore, this year, as we prepare for Yom Kippur, let’s strengthen ourselves in our connection to our Father and King! Set times for Torah learning every day and make sure you have at least 2 “chavrusas” every week. Then take your smart phone and use it to listen to the hundreds of thousands of shiurim on Torah Anytime, YU Torah or any of the other massive databases available today – for free! – from some incredible organizations who spread Torah across the globe.
Most important suggestion: Make time to learn with your children. Sit with them, not just on Shabbat, but during the week as well and light their neshamas on fire! Make Torah fun for them and show them you genuinely care about their connection to Hashem. Show them how you are growing closer to Hashem and they will want to do the same thing!

In addition to learning, make some changes in your life; Bigger kippa? (Helps cover the bald spot) Saying brachot out loud? (I learned that from my wife – one of many things, by the way!) Wearing Rabbenu Tam tefillin? (Still haven’t done that but it’s on my bucket list) You get the point – just do something positive that helps you move in the right direction. These are just a few examples of things that will connect you to your Zehut… your Jewish Identity!

And finally, a prayer for 5780: May Hashem bless our Nation with a year in which all Jews come home to dance in the Beit Ha’Mikdash and attend the inauguration of King David’s grandson in the holy city of Yerushalayim. May it happen this year, Amen! 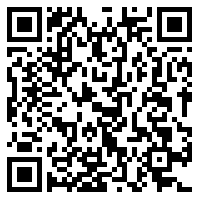